Wisconsin recruit Brock Boeser continues to see his stock soar, as the future Badger helped lead the U.S. U-17 Select Team to a gold medal last week at the Five Nations Tournament in Trnava, Slovakia.

Boeser notched five goals and four assists for nine points in four tournament games. The U.S. team -- which features the top 1997-born players from around the country -- went undefeated, knocking off the Czech Republic, Switzerland, Germany and Slovakia in the process. 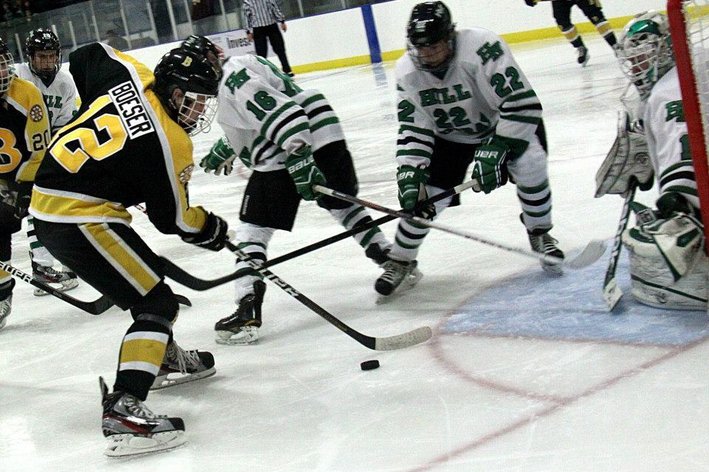 The 20 players on the U.S. roster were selected from the USA Hockey Boys’ Select 16 Player Development Camp, which took place from July 7-13 at the Northtown Center at Amherst in Williamsville, N.Y.

Boeser had a huge performance at the Select 16 camp, finishing in a four-way tie for first place in points with 12 points (four goals, eight assists) in six games.

A Burnsville, Minn., native, Boeser committed to the Badgers in late May. Boeser chose Wisconsin over Minnesota and Michigan.

Boeser's older cousin, Dan, played at Wisconsin from 2000-04 and was a tri-captain his senior season. Dan Boeser's tenure included two seasons under current Badgers head coach Mike Eaves, who took over the program before the 2002-03 season.

Additional notes: Wisconsin natives Tom Novak (River Falls) and Tarek Baker (Verona) were also members of the U.S. U-17 team that won the gold medal. Novak plays for St. Thomas Academy in the Twin Cities and is committed to Minnesota, while Baker, who plays for Omaha AAA, is still uncommitted. Sources have indicated the Badgers are are recruiting the uncommitted Baker, but some feel he may eventually end up on the East Coast.