Though the Badgers lost out on the duo of top prospects, the first class under Gary Andersen & co. remains solid.

Wisconsin was probably on the outside looking in for Joe Mixon and Jamil Kamara at the 2014 US Army All-American Bowl Saturday, but Badgers fans were nevertheless holding out hope of landing two elite prospects for the upcoming class. Alas, both players did indeed commit elsewhere.

Mixon, the five-star running back from Oakley, Calif., considered the best all-purpose back in the nation, chose Oklahoma over Wisconsin and UCLA. Kamara, a four-star wide receiver from Virginia Beach, Va., elected to stay close to home and commit to Virginia. 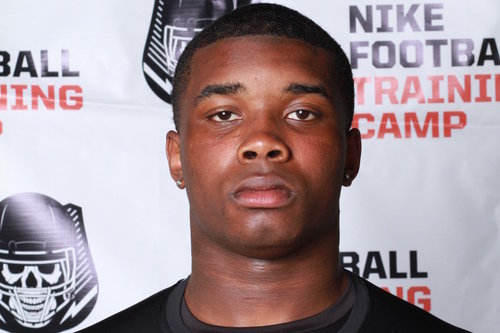 Who's next year's Joe Mixon? Who would fill a major positional need? And which new locales are we going to try and make a play in?

On one hand, finishing in the top three (or two, in Kamara's case) is an impressive consolation prize for Wisconsin. Gary Andersen has made clear that he'll pursue the nation's top prospects as fully as possible, and his first year in the Big Ten has proven that. Even without Mixon or Kamara, Wisconsin has the fourth-ranked 2014 class in the Big Ten (No. 30 overall). That group is already 25 recruits deep, most in the conference.

Within that class, four consensus four-stars -- offensive tackle Jaden Gault (who also played in the Army bowl), defensive tackle Craig Evans, athlete Dareian Watkins and quarterback D.J. Gillins -- are the headliners. But value abounds elsewhere in the group, particularly at running back, where promising three-stars Taiwan Deal and Caleb Kinlaw could be the future backs behind Melvin Gordon and Corey Clement.

Wide receiver continues to be a sore spot for Badgers fans, but this class holds some promise even without Kamara. Krenwick Sanders is a three-star, 6'2, 195-pound receiver from Jesup, Ga., who was previously a Georgia commit. He also had interest from Florida, Florida State, South Carolina and Vanderbilt. Chris Jones, a 6'3, 190-pound receiver from Hyattsville, Md., was UW's first receiver commit for 2014 and is also a high school teammate of Deal. Natrell Jamerson is another three-star prospect, and while he's only 6'0, 170 pounds, he has a 4.24-second listed 40-yard dash time.

There's zero doubt Andersen & co. have more work to do. They might very well miss out on the undeniable big star, the five-star, game-changing prospect, this year. But if this 2014 class shakes out as expected by National Signing Day, the Badgers will be nicely situated to pursue greater heights in this new era of Wisconsin football.