The former Badgers big man returned to the bench for one season before getting a promotion.

Job Krabbenhoft's return to Wisconsin's bench was met with some mild excitement last year -- "mild" being the operative word here because his role was as video coordinator. Now, Krabbenhoft has a slightly larger role: assistant coach for South Dakota State. 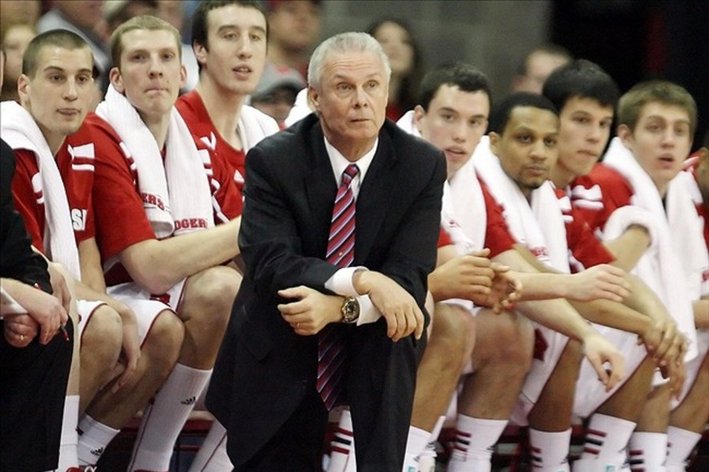 Wisconsin announced Krabbenhoft's departure via Twitter on Thursday, marking the end of Krabbenhoft's return to Madison. From 2005-09, the Sioux Falls, S.D., native was one of the Badgers' top big men. He was a team captain in 2009, and graduated with averages of 6.1 points and 5.6 rebounds per game over 136 games -- every game of his four-year career.

On Wisconsin's bench last season, Krabbenhoft contributed to a coaching staff that carried the Badgers to a 23-11 (12-6 Big Ten) season. A riveting ride to the Big Ten tournament finals was the capstone of the season, as Wisconsin was eventually upset by Ole Miss in its first game of the NCAA tournament.

Bittersweet... Joe Krabbenhoft is leaving the #Badgers staff for a great opportunity as an assistant coach with South Dakota State.

Excited to be a part of the SDSU family. Looking forward to coming home and working with @CoachNagy his staff and players!

Big thanks to coach Ryan and everyone on staff at UW. Best of luck to all the guys this year. Had a great experience and learned a lot!

Krabbenhoft spent two years in the NBA D-League, playing for the Sioux Falls Skyforce before going abroad to join the Seoul SK Knights of the Korean League in 2010. Three more overseas stints kept Krabbenhoft playing until 2012, when he joined Bo Ryan's coaching staff to replace former Badgers guard Sharif Chambliss, who was the video coordinator until UW-Milwaukee hired him as an assistant coach in June 2012.

According to the Argus Leader, Krabbenhoft will start at SDSU on Monday. The Jackrabbits have made the NCAA tournament in each of the last two years -- their first-ever appearances -- losing their first game both times.

"We just felt like it was a good fit for us," Jacks coach Scott Nagy said. "I think it's a good move for him, too, being where he's from and the area we certainly want to be in, that we consider our base recruiting area ­- the Upper Midwest. He's going to be well known and he's going to be well received."