MADISON -- Each of Wisconsin’s first three games has brought its own type of challenge. It kicked off the regular season away from Madison against an unfamiliar opponent. Then, the Badgers hosted a top-10 team. After stirring up the Kohl Center with that early-season showdown, they saw the other end of a hostile environment in a sold-out Resch Center in Green Bay Saturday evening.

This week presents a challenge of its own. UW doesn’t have to travel, but it’ll play three games in a little over five days, starting Tuesday night against North Dakota (1-0). 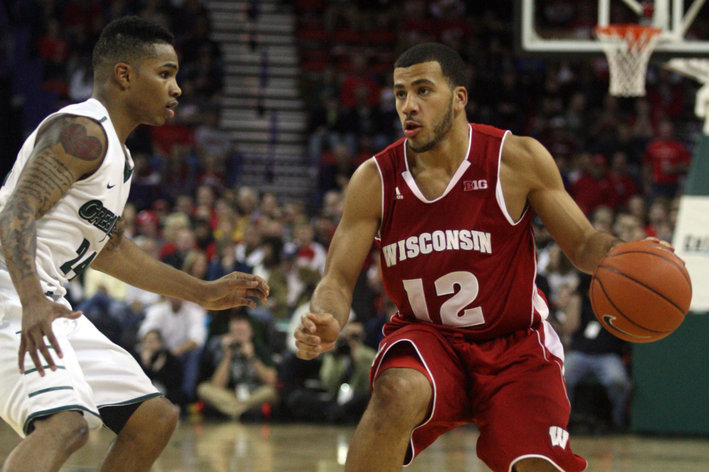 The Badgers are 3-0 on the season, with all three wins coming against likely NCAA tournament teams. What have we learned so far?

"One-day preparation, it happens in the tournament," head coach Bo Ryan told reporters at his weekly press conference Monday. "It better be about what you’re trying to get done more so than what the opponent brings, even though we do like days to prepare."

UW did get the usual amount of time to prepare for North Dakota, which hails from the Big Sky conference. Coach Brian Jones’ squad rolled up serious points in a season-opening 110-69 win over Division III Minnesota-Morris.

There will be at least a couple of familiar faces. North Dakota, which has lost all five matchups all-time against Wisconsin, visited the Kohl Center in 2010 and fell to the Badgers, 85-53. In that contest, then-freshman guard Troy Huff, a Milwaukee, Wis., native, did not start but finished with a team-high 21 points.

Now a senior, Huff tallied 18 in the opener to pick up where he left off a year ago, when he led the team in scoring at 19.2 points per game overall and paced the Big Sky Conference at 19.7 ppg in league play.

North Dakota got a game-high 23 points from senior guard Aaron Anderson Wednesday against Morris on a night when five players scored at least 15.

North Dakota’s roster does not boast the size that any of Wisconsin’s first three opponents have featured. Center Ryan Salmonson, a 6’9 junior listed at 236 pounds, is the tallest player on ND’s roster.

-- Ryan seemed to indicate in his press conference Monday that sophomore guard George Marshall (concussion) would not be available Tuesday. That likely means freshman Bronson Koenig will see more extended minutes. Without Marshall Saturday, Koenig played 23 minutes and finished with seven points (3-of-3 shooting), two assists, a steal and a turnover.

"When he was in practice and he scored like 10 straight baskets against the other guys, I thought it’d be a good idea maybe to move him over to our side," Ryan said Monday. "He’s got a lot of basketball skill, a lot of moxie, he just knows how to play and get things done."

Koenig appears poised to contribute significantly this year, and this upcoming stretch of games could be a chance for him to play extended minutes if Marshall’s injury lingers.

Freshman Jordan Hill has not yet announced his intentions, while Vitto Brown will join Koenig and Nigel Hayes as true freshmen on the active roster.

-- One other non game-related note: Check out the priceless last 30 seconds of Ryan’s Monday press conference. After the last question’s asked, he throws out an idea for how he might go about figuring out his retirement date. Hat tip to Cliff Alexander for the idea. Not really. But, seriously.