RACINE, WIS. -- In the past few weeks, NFL teams' organized team activities and mandatory minicamps wrapped up. Many players return to their hometowns to rest for a month before the grind of NFL training camps begin in late July.

Others like former Wisconsin Badgers captain and Super Bowl champion Chris Maragos come home to organize summer football camps to provide guidance for youth looking to take their skills to the next level.

With the help of a few of his former teammates and Wisconsin alums to serve as coaches and mentors, Maragos hopes to instill leadership and stress fundamentals in his two-day Chris Maragos Skills camp that concludes Sunday at his alma mater, William Horlick High School in Racine, Wisconsin.

The catalyst to start the camp came from his experiences prior to his collegiate career, where guidance might not have been easily accessible.

"The big thing was, for me, I was always trying to figure out what it took to be great. I just had no one to show it to me in high school," Maragos said.

"Fortunately, I have an opportunity to know all these guys -- to come across their paths -- and I wanted to give these kids something I didn't have, and give them the opportunity to really take their games to the next level and get some exposure."

The camp runs Saturday to Sunday, 9 a.m-2 p.m. each day. Players perform individual skill work at certain positions for at least one hour per day. Camp participants also learn a myriad of football concepts, including defensive coverages and route combinations between wide receivers and quarterbacks. At the end of the day, the coaches formed teams for 7-on-7 drills that the players all evidently enjoyed.

Maragos knows they'll teach the athletes the physical drills for their skill sets, but also stresses the need to develop strong off-field principles as well.

"The biggest thing we really want to teach these kids is how to be men: to really be people of character, integrity, discipline, and all that kind of stuff," Maragos said.

To help him get his messages across, Maragos recruited some of his former Wisconsin teammates, including Bradie Ewing and Luke Swan -- the latter of whom Maragos contacted back in 2007 when deciding on his transfer to Wisconsin from Western Michigan -- to come on his staff as guest coaches. Throw in 9-year veteran and former Badgers safety Jim Leonhard, along with a slew of successful college players and coaches, and Maragos assembled the staff he wanted.

"I handpicked these guys to ask them to come," Maragos said, "just because not only are they great players -- more importantly, they're great people -- and they really care about the kids and really understand the game of football and enjoy coaching."

Scott Gajos, his former teammate at Western Michigan, has been a coach at the skills camp since its inception four years ago. Gajos and Maragos became close friends during the latter's two seasons with the Broncos.

"There's a ton of quality camps that will give you that skill," Gajos said, "but the kind of guys he brings in, the quality of men that he brings in to make these kids better people and then enforce to make them better people over just better skills, which we'll look at that, too, is just what takes him over the top." 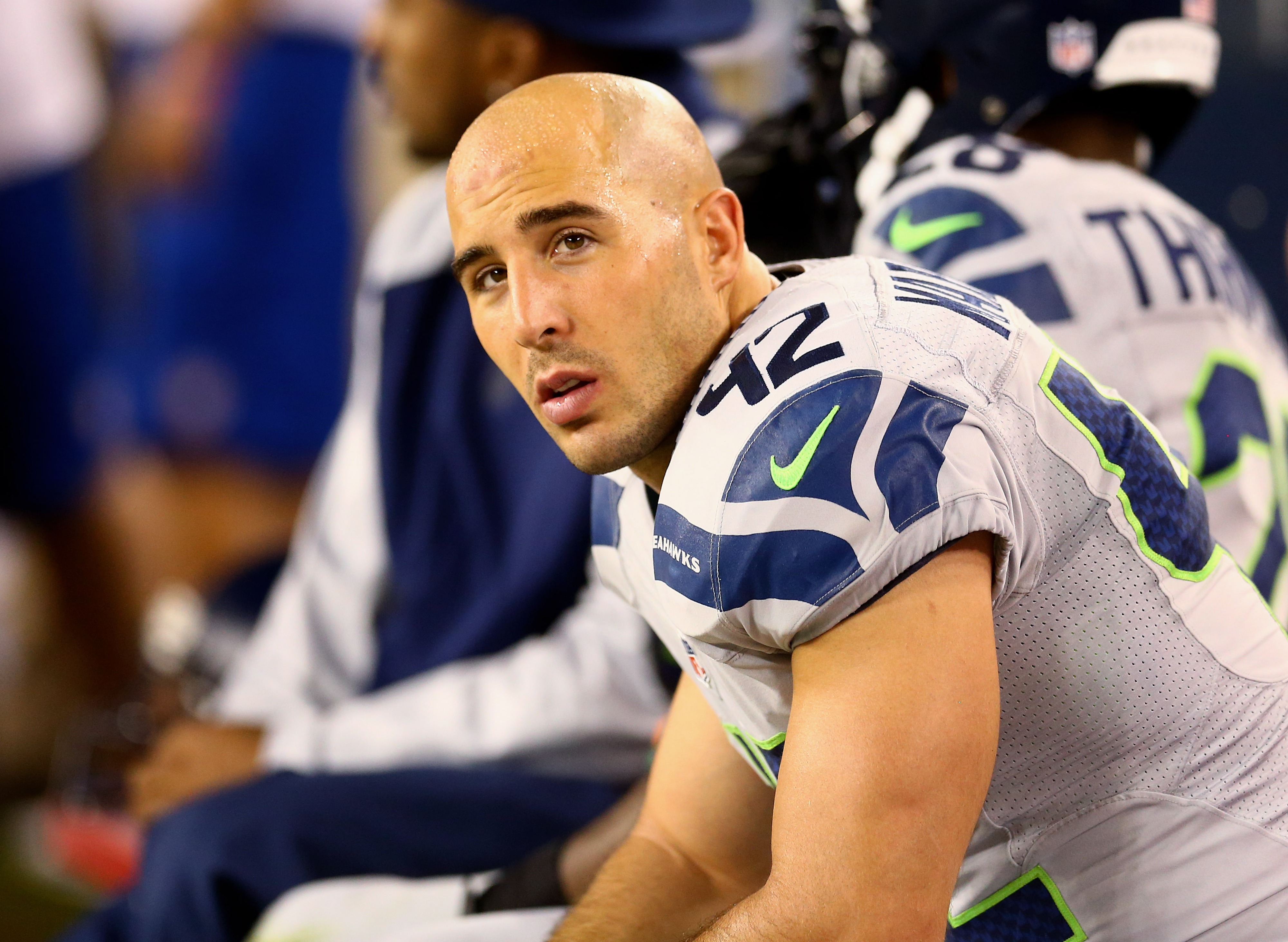 Leonhard and Ewing applauded the athlete-focused drills and workouts. Though Leonhard and Maragos never played on the same Wisconsin team, a meeting in 2009 put them on the fast track to become close friends to this day despite their busy schedules in the NFL.

Leonhard sees the camp as an opportunity to get together and support a good friend who's grown each year in organizing the camps.

"You're not dealing with guys who haven't played a lot of ball," Leonhard said. "There's a number of guys who've played in the NFL. Almost everyone has played at the college level. Obviously, that's kind of the goal of a lot of these guys is to make it there. It's a number of coaches who've had experience and can kind of help them along that path."

Ewing, himself a former walk-on who just signed with the Jacksonville Jaguars this offseason, noted how Maragos focuses on the organization of the drills and workouts, and not just bringing in campers to bring in campers. Maragos' attention to detail and leadership has stood out in the two years he's served as a guest coach.

"He does it right," Ewing said. "He takes cares of the kids. Really focuses on coaching, not just running them through 'whatever', but he just really focuses on the coaching and the details, and I think that's what it's all about with these kids."

The offseason has been a bit of a blur for the safety. He and his wife, Serah, celebrated the birth of their second son, Mason, right after Maragos and the Seahawks defeated the Denver Broncos in Super Bowl XLVIII.

Just a month later, Maragos signed a three-year contract to play for the Philadelphia Eagles. Coupled with a newborn and a new city, Maragos is ready for the journeys in front of him.

One experience he's looking forward to is the interaction with the very loyal and passionate Eagles fan base.

"Seahawks fans are really rabid," Maragos said with a laugh. "Eagles fans are very deep, and so it's going to be fun to play for them. You just got to play well for them."