Headlined by D.J. Gillins and Jaden Gault, the Badgers announced the first members of their 2014 class on Tuesday.

Share All sharing options for: Wisconsin announces 7 early enrollees for 2014

Seven 2014 commits will be early enrollees for Wisconsin in 2014, the Badgers announced Tuesday. The crop includes three linebackers, two offensive linemen, one safety and quarterback. All seven will be freshmen in 2014.

One by one, here are the seven enrollees, along with snippets of what we have to say about them. Two walk-ons, Matt Austin and Justin Schweitzer, are 2013 high school graduates. 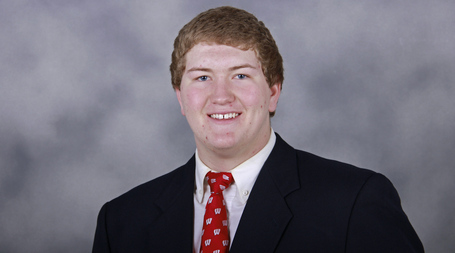 High School: Three-star recruit by ESPN.com, Rivals, Scout and 247 Sports ... named first-team All-Ohio on offensive line as a senior, also earning Associated Press District IV Lineman of the Year and Great Lakes Region Lineman of the Year honors while leading Genoa to 10-1 record ... first-team All-Northern Buckeye Conference selection as a junior and senior ... named all-conference as both offensive lineman and defensive lineman as a junior in 2012 ... two-time first-team all-district pick ... as a senior, ranked second at Genoa with 42 solo tackles, 17 tackles for loss and 6.5 sacks ... also lettered in baseball ... high school coach was Tim Spiess

Deiter is a 6-foot-6, 300-pound lineman and three-day attendee at Wisconsin's camps this week. He's projected to play guard at the next level... He was first offered by the Badgers after the April 20 spring game, and chose Wisconsin over six other offers from Bowling Green, Georgia Tech, Illinois, Nebraska, Toledo and West Virginia. Deiter is a three-star prospect according to the 247 Composite scale, as well as the No. 56 overall recruit from Ohio. 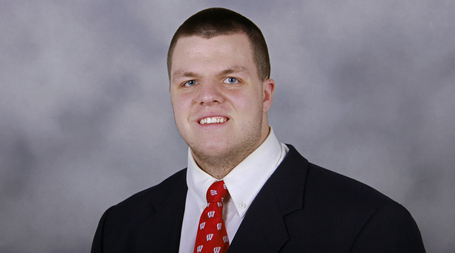 Recruiting roundup: Catching up on a busy weekend

A return visit to Cornerbacks Corner! Everybody panic! And a new target who in meme speech would be considered "much sleeper."

High School: Four-star recruit by ESPN.com, Rivals, Scout and 247 Sports ... ranked as No. 4 tackle in nation by 247 Sports, No. 9 by Scout and No. 10 by ESPN.com ... selected for U.S. Army All-American Bowl ... as a senior, named first-team All-American by MaxPreps ... first-team all-state by Associated Press and Wisconsin Football Coaches Association as a junior and senior ... led Monona Grove to 2013 Wisconsin Division 3 state championship ... won Badger South Conference titles in each of final three seasons ... three-time unanimous All-Badger South Conference selection ... did not allow a sack in three seasons as starter on offensive line ... also lettered in track and field ... high school coach was Mike Starsi

The ESPN150 lineman helped lead the Silver Eagles to Camp Randall, as they will face the Greendale Panthers for the Division 3 championship Friday morning. Gault led the offensive line as they gained 325 yards and scored four touchdowns on the ground, according to Madison.com. 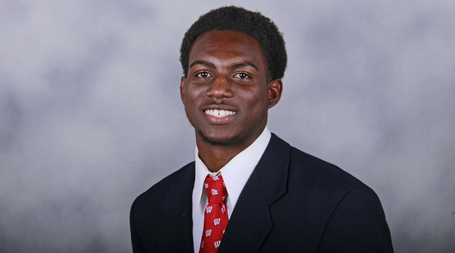 High School: Four-star recruit by ESPN.com, Rivals and 247 Sports ... ranked as No. 4 dual-threat quarterback in the country by 247 Sports, No. 9 by Rivals and No. 17 by ESPN.com ... four-year starter at quarterback for Eagle's View Academy and Ribault, throwing for 7,271 yards and 76 touchdowns ... threw for 2,000 yards in three separate seasons ... also ran for 775 yards and 13 TDs ... three-time all-state selection ... transferred to Ribault for senior season, throwing for 2,371 yards and 22 touchdowns while running for 602 yards and eight rushing scores en route to all-state and All-Gateway Conference honors ... as a junior at Eagle's View, completed first pass of season for 55-yard touchdown before tearing ACL on second drive of season-opening game ... as a sophomore, threw for 2,667 yards and 31 touchdowns while rushing for another five TDs, earning all-state honors ... threw for 2,178 yards and 22 TDs as a freshman to earn all-state honorable mention ... named to All-Combine Team at 2012 Orlando Nike Sparq Combine ... four-year team MVP ... four-year team captain ... also competed in basketball and track and field ... high school coaches were Ryan Keith (Eagle's View Academy) and Anthony Flynn (Ribault)

Gillins missed the 2012 season after tearing his ACL and will be making a comeback for 2013. But according to Craig Powers of SB Nation Recruiting, there was a lot to like about the 6-foot-3, 185-pound quarterback pre-injury.

His tape from his sophomore season of 2011 is very impressive for a sophomore. Evaluating quarterbacks as sophomores is much like evaluating baseball pitchers as sophomores -- it's tough. You have to project how much more arm strength is yet to come with the player's assumed growth and continued physical maturity. For a sophomore, Gillins showed good arm strength. He also showed good touch, floating the ball over the first level of defenders, but in front of the second.

Gillins does have some footwork and accuracy issues to clean up, but that is true for almost all high school quarterbacks.

He shows impressive athleticism and appears to be a true dual-threat quarterback, though how much his ACL injury has impacted him as a runner won't be known for another year, at which point his senior highlight film will be available. If it returns, Gillins could be a dangerous piece in a spread offense. As a sophomore, he profiled as a recruit who could develop the tools to be a starter at the major college level. 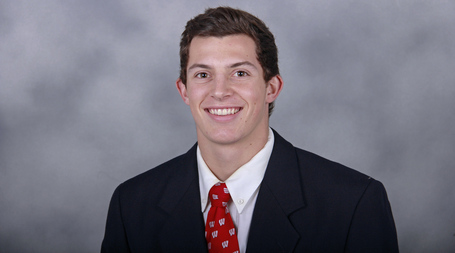 While Hudson is currently an unrated prospect, he comes from a burgeoning power in Florida high school football, as Plant has had plenty of top prospects in recent years, finishing as a top-10 high school nationally in both 2009 and 2011. With his frame and athleticism (listed as a 4.45-second 40-yard dash time), he could be a big help in a position that has been dwindled by the transfer of Reggie Mitchell and the denied admission of Donell Vercher. 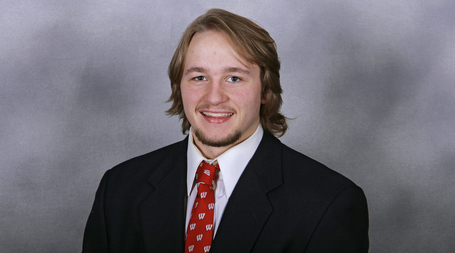 Chasen Andersen, an inside linebacker and son of UW's new head coach, originally committed to BYU back in January. It appears he would've liked to have followed his dad and join Wisconsin from the start, but limited scholarships prevented coach Andersen from offering. In the end, Chasen Andersen decided to make the move to Madison, where he will grayshirt -- essentially, delay his enrollment date -- and join the team in January. 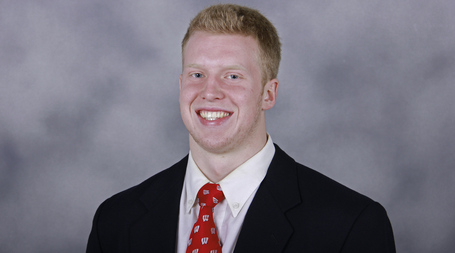 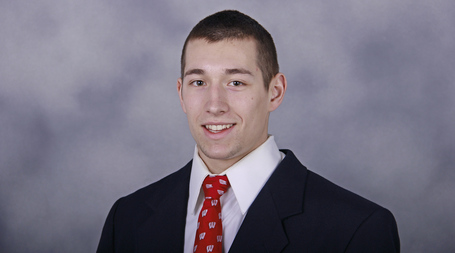