Three young players in particular have stood out to several upperclassmen and Gary Andersen this offseason. What roles will they play this fall?

Monday afternoon, the Wisconsin Badgers take the field for their first practice of the 2013 season. Several key positions are up for grabs on the offensive side of the ball.

Obviously, the three-way dance for the starting quarterback spot takes the spotlight, but playing time at wide receiver and the third tailback position are up for grabs. On the offensive line, offensive coordinator Andy Ludwig and offensive line coach T.J. Woods need to replace starting center Travis Frederick, now a first-round draft pick with the Dallas Cowboys.

Out of the unsettled dust, three young players who have been noticed by coaches and their fellow teammates hope to solidify their spots on a team looking to win its fourth straight Big Ten title. Two true freshmen, running back Corey Clement and wide receiver Robert Wheelwright, along with redshirt freshman Dan Voltz will be given the chance to play significant roles on offense.

During Wisconsin's media day on Friday, head coach Gary Andersen listed a few factors in determining if a freshman can contribute immediately out of high school.

"First of all, by position, if you look at a young man, he's got to be physically able to handle it," Andersen said. "You don't want to put him in a bad position to have him not have success early on just because he's not strong enough, he's not big enough. So the skill position kids have a better opportunity to come in and compete right away, and they are expected to do that.

"I would say the next thing is mentally can they handle that? When I say it's not just the Xs and Os and understanding, are they going to be able to handle camp, the fatigue of it, the Division I grind, if you will?"

The third running back position has been a vital part of the Wisconsin offense over the past several seasons, especially in 2010, when the trio of John Clay, James White and Montee Ball combined to rush for 3,133 yards and 46 touchdowns, and 2012, when Ball, White and Melvin Gordon rushed for 3,257 yards and reached the end zone 37 times. With the loss of redshirt freshman Vonte Jackson to another ACL injury and the move of redshirt junior Jeff Lewis to safety, Clement suddenly finds himself in a position to contribute immediately.

"Corey has big shoes to fill, it seems, right now," Andersen said. "We'll try a couple young men in those spots as we go forward, but Corey is big in that situation."

For his part, Clement seems unfazed by those expectations placed upon him.

"It's actually a learning process for me. I'm not in a rush to do anything, but once camp starts Monday, it's all about doing business and working and showing what I can do."

"Transitioning from high school, it's a big step, so being a third-string running back right now, I kind of actually like it," he said. "It's actually a learning process for me. I'm not in a rush to do anything, but once camp starts Monday, it's all about doing business and working and showing what I can do."

The Glassboro, N.J., native, who accumulated 6,245 rushing yards, 34 rushing touchdowns and 90 total TDs in his high school career, grew up idolizing NFL great Barry Sanders and current All-Pro Adrian Peterson. Transitioning to the college game and Wisconsin football, he's learned from and received advice from Gordon and White White, the latter of which directly referenced the freshman's potential to help the offense this season.

"They taught me that [running backs] coach [Thomas] Hammock can be a handful. I mean a handful, (but) the outcome is still going to be great," Clement said. "All the backs he's produced, Montee Ball now plays for Denver, so I can see what backs he produces so I'm not going to let it get under my skin. I just know it's for the better of me. They just told me to watch their every step, every drill just to go hard and never give up. Give it your all, because that's what coach Hammock looks for in a player."

Wheelwright, a wide receiver and Columbus, Ohio, native was singled out by both White and redshirt sophomore quarterback Tanner McEvoy, himself competing to be a key component of the Badgers offense.

"[Wheelwright's] had a real good summer so far, and I'm looking forward to seeing what he does in fall camp and seeing where things take us," McEvoy said.

Considering Wisconsin's thin group of wide receivers entering the fall, Wheelwright recognizes the need to shine when given the opportunity.

"My biggest goal is just to be consistent and just be a playmaker when I get the chance," Wheelwright said. "Even if I get one or two reps, make the best out of those, so that's probably one of my biggest goals."

During the summer, Wheelwright has leaned on and received advice from the more seasoned Badgers receivers.

"I consider them all as my big brothers, all as my mentors." he said. "They all seem to teach me all the little things that is to be a great receiver, so I take all the knowledge in to put into my game."

The 6-foot-4, 313-pound Voltz, who enrolled early in 2012, has a year under his belt in the program and is tasked with taking over at center for the departed Frederick, who garnered All-Big Ten honors in his time at Wisconsin. Based on comments from the new leader of the program, Voltz already fits quite nicely.

"Dan at center is huge," Andersen said. "We all know my feelings for him through spring. I thought he played very well. He needs to continue to do that." 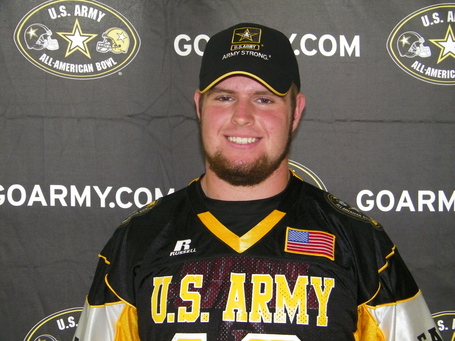 Some Badgers have even noticed certain similarities between Voltz and Frederick, as well.

"Basically, I see a little bit of Travis in him, whether that's from the beard or just kind of the way he prepares himself," redshirt junior Rob Havenstein said. "He's done a great job. He's a strong kid in the weight room. He's a great student academically, as well as student of the game.

"He's really starting to understand the nuts and bolts of defenses. Kind of earlier in his career, if there was a question, whether it was 3-4 defense or a 4-3 or kind of what was going on, he was kind of quiet about it, but now, he says, ‘It's going to be my show. I'm the one who's going to have to make the calls.' He says that's how it is, and then that's how it is, and we all have to play off of that, and I think he's done a great job working."

Voltz, Wheelwright and Clement are in position to contribute immediately to Wisconsin's offense this season. All three have been praised publicly by teammates and coaches. Voltz has a leg up on Clement and Wheelwright in having the 2012 season under his belt, but will still need to adapt to being the starting center for the offensive line facing aggressive Big Ten defensive lines.

The question remaining for Wheelwright, Clement and all other incoming freshmen, though, is if they can handle and overcome both the mental and physical transitions to the college game from high school to make an impact this season.

"I can't say one is more important than the other," Andersen said. "Both of those have to be -- for us to put a young man out there at a young age or as a newcomer -- we've got to believe he's going to support and help the rest of his team to victories."