Despite significant changes to all sides of the ball, Wisconsin still carries a roster into the fall highly capable of producing All-American talent.

For all the winds of change that have swept through Madison over the past three years, Wisconsin has been able to continually reach the Rose Bowl despite losing players like J.J. Watt and Russell Wilson along the way. Can they do it again in 2013 without Montee Ball, the one constant fixture of success during the past three seasons?

Without Wilson in 2012, Ball picked up the offensive slack for Wisconsin. You could make the argument that nobody did more with less as a star player in 2012. Faced with an offensive line caught in limbo under the new teachings of a first-year coach, Ball found almost zero running room through the first two games of the season.

One offensive line coach change later, Ball found a way to amass 1,830 yards on the ground, making him by far the largest contributor to the Badgers' offense. Ball accounted for 34 percent of the team’s total offense, far eclipsing Joel Stave's 20 percent.

Replacing those kinds of yards and overall production by a single player (or several, for that matter) is a daunting matter, so please don't mind me as I unleash my inner Frank Costanza with a "Serenity now!" to calm my nerves. 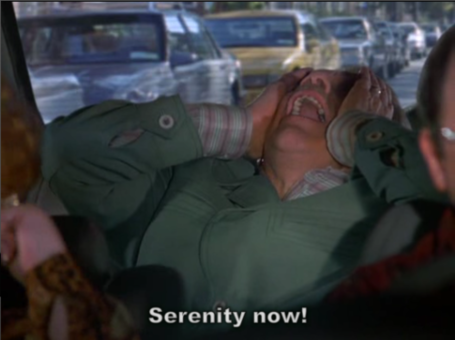 So, the big question is, does anyone on Wisconsin’s 2013 roster have the potential and playmaking skills to have an All-American caliber season like Ball and propel the Badgers to a fourth consecutive Rose Bowl?

This is sort of the "duh" pick because Borland was a freshman All-American in 2009.

His position isn’t exactly the easiest from which to alter a game, though 13 career forced fumbles do speak to the contrary. Regardless, Borland is as good as it gets in the middle of a defense.

Want athleticism? You’ve got it. Go back and watch the Nebraska game at Memorial Stadium from last year. Borland hurdles a defender and wraps up the ball carrier, mid-air.*

Borland has a real shot to earn All-American honors and he’s my preseason favorite among the Badgers to garner a first- or second-team nod. With the switch to a 3-4 defensive scheme comes added flexibility in terms of blitzes and packages, a flexibility that may utilize, weaponize and lethalize Borland better than ever. That’s a scary thought for the Wisconsin's opponents, whom Borland has already recorded 100 or more tackles against the past two seasons.

One drawback that might limit Borland's All-American candidacy is the fact that Wisconsin's front seven is as good as it gets. All but one of the eight defensive linemen who saw major playing time a year ago return, and much is the same among the linebackers, where the Badgers lost just one starter in Mike Taylor.

With the strength of the returning defense up front against the run, opponents will most likely make their hay against Wisconsin through the air, especially considering the Badgers are replacing three starters in the secondary this season. Opponents will try to keep Wisconsin honest on the ground, but it probably won't be long until Borland smacks the enemy running back to kingdom come.

Abbrederis' impact never wavered in 2012, though his statistical production did. That’ll happen when you endure three different quarterbacks throwing the ball to you.

Still, Abbrederis managed to rack up 837 yards on 49 passes with five touchdowns last season, despite missing some time with a concussion (an event that may have cost the Badgers a chance at a win on the road against Oregon State and former starting quarterback Danny O’Brien his job).

When paired with quarterback Joel Stave, it looked as though a beautiful connection was growing between the two -- Abbrederis recorded 32 catches, 565 yards and 3 touchdowns with Stave -- before the young signal caller met his fate at the crushing hands of Michigan State defensive end William Gholston.

After Curt Phillips took over, the Badgers never again had much of a passing attack and as a result, Abbrederis was largely relegated to a distraction element on routes. When opportunity did rear its head, Abbrederis was still more than ready to answer, recording three catches in the Rose Bowl, two of which were tipped by a Stanford defensive player.

With no certainty at the quarterback position heading into the fall, Abbrederis must recognized that he may again see more than one face taking snaps under center when Wisconsin opens its season against UMass on Aug. 31. Though it’s a resolute conclusion that Abbrederis will most likely be able to shine with Stave as the starter, the Badgers’ No. 1 receiver can still make due with whatever is thrown his way.

Keep in mind, Abbrederis came to Wisconsin as a quarterback out of high school and served his first year with the Badgers as a spread option quarterback on the scout team. He’s a terrific runner (watch out for more than just Melvin Gordon on jet sweeps this year), a talented passer (remember his toss to Phillips in the Big Ten Championship Game?) and a historic kick/punt returner.

If the Badgers start a quarterback in 2013 who can throw the ball long and has solid accuracy on mid-level throws, Abbrederis could have a real shot at a second team All-American spot.

It’s no secret White has learned the virtue of patience throughout his football career. After sitting behind and sharing time with NFL rookie running back and former UNC standout Giovanni Bernard in high school, White went to Wisconsin where he earned Big Ten Freshman of the Year in 2010 thanks to his role on the Badgers’ "Three-Headed Monster" running back trio.

Now entering his senior year, White finally has his chance to be the No. 1 tailback. White is shifty, fast and can catch the ball. When the Badgers have been able to get White into open space, he’s taken it to the house more times than not. However, the challenge has been getting him in that space.

With White lacking Ball's bruising physicality, it’ll be interesting to see if he'll receive the bulk of the between-the-tackles carries or if Melvin Gordon will emerge as the go-to option. White can definitely do work inside but his vision and patience necessary to allow a slow-moving play to develop (i.e. pulls and power plays) remain unproven. I’m not saying he’s not solid at these runs; they just aren’t where he makes his hay.

White may also see some time as a kick returner as he did last year, since his elusive speed offers a potential game-changer anytime he has the ball.

Ultimately, it’s going to be tough for White to produce the numbers needed to earn All-American recognition when he’s splitting time with fan favorite and potential starter Gordon. This will be a long shot

Gordon arguably possesses the greatest amount of natural talent on the entire roster. Former head coach Bret Bielema called him the most talented running back he's ever had, which is considerably high praise at a college program that is increasingly approaching "Running Back U" status. Yet, depth at running back largely limited Gordon’s touches and impacted his freshman campaign at UW.

With his breakout performance in last year’s Big Ten Championship Game a beacon of what 2013 could hold, Gordon is not a top contender on this list just because he will have to split time with White. There wouldn’t be a single Wisconsin fan surprised if Gordon dominated college football as a sophomore.

Entering just the sixth season of football in his life, Southward has already proven himself as a freak of nature. When senior starting safety Shelton Johnson went down with a broken forearm in 2012, Southward took the chance to step up his leadership role until Johnson returned. Southward told me during that time last year that he was hungry for the time where he would be "the guy" in the secondary.

He’ll get his chance in 2013 on a defense that’s replacing everyone but himself in the secondary from a season ago. Even with continuity in the front seven, Southward will have to play the role of star and teacher to a group that will be young and inexperienced around him.

But where there are negatives there are also positives. With opponents more likely to test the air than the ground against the Badgers, Southward will have plenty of opportunities to make big plays and big hits on opposing receivers.

Still, the last time a Wisconsin defensive back earned All-American honors was in 2004, when Jim Leonhard garnered the nod from Pro Football Weekly.