As difficult as it may be, the Badgers must move forward and rebound in a huge way in time for their bowl game.

Penn State happened, so at this point, let's all just agree to move forward.

So where do we go from here? We're not exactly accustomed to ending the regular season with such a sour taste in our mouths. Yes, Wisconsin ended last season with back-to-back overtime losses to Ohio State and Penn State, but it was almost a relief to see the end to an uncharacteristic 7-5 regular season. Not to mention, the Badgers whipped Nebraska the following week in the Big Ten Championship Game.

The combination of that stunning result and Barry Alvarez taking over after Bret Bielema's abrupt departure made for plenty of hype and storylines in the month leading up to the Rose Bowl. 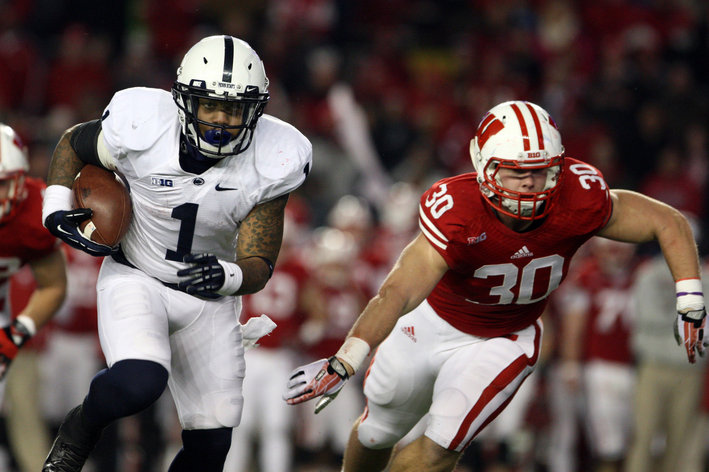 In a heartbreaker, Wisconsin turned in a thoroughly stale effort that eliminated any shot at gaining an at-large BCS bid.

This year, there won't be such fairytale storylines to discuss.

Head coach Gary Andersen and his staff have a long month ahead of them. Losing on Senior Day to a mediocre team that hadn't won a true road game all season -- especially with this group of seniors -- will lead to weeks of questions about "what went wrong?" and "how do you rebound from this?"

Fun fact: exactly one year ago today, Bielema left Wisconsin for Arkansas. Crazy to think about. I vividly remember the day and the press conference just days later in which Alvarez told the public he'd be filling in to coach the Rose Bowl. The point is, December was a month filled with high hopes despite a disappointing regular season.

This year's Penn State game was in no way indicative of how the season had gone. Following an Ohio State game in which the Badgers put themselves in a position to win but ultimately committed too many mistakes, they cruised for the next six weeks leading up to Senior Day. However, it won't matter what the Badgers accomplished prior to the Penn State game. The focus will be on how this team will respond from a shocking loss at home.

And that remains the real question. Will the Penn State game serve as a shot to the Badgers' confidence, or as a nasty reminder that'll lead to this team playing with a huge chip on its shoulder? Lets hope it's the latter and despite a disappointing Camp Randall Stadium finale, this senior class will still go out strong with the school's first bowl win in four seasons.