The Lions' center reportedly hurled insults at members of Wisconsin's band before and during Saturday's game vs. the Green Bay Packers.

Detroit Lions center Dominic Raiola reportedly subjected members of the University of Wisconsin marching band before and during Saturday's game vs. the Green Bay Packers at Lambeau Field.

UW's band typically performs at at least one Packers home game a season, and according to a Facebook post from tuba player Zach York, Raiola was hurling insults before and during the game. York's post has spread across the internet Monday morning, accumulating 272 likes and 364 shares as of this writing.

Dominic Raiola is literally the worst person I have ever had the fortune to encounter. After marching down the field awaiting the national anthem, He went off on a verbal tirade, among other things, questioning my sexuality (as a band member) and then continued on to bring my sister and my recently deceased mother into the conversation. After I refused to give him the satisfaction of turning to look at him, he switched targets to a trombone ranting at him calling him overweight and saying he can't play a real sport. After our halftime show, the same fine gentleman called a female member of the band the "c" word. 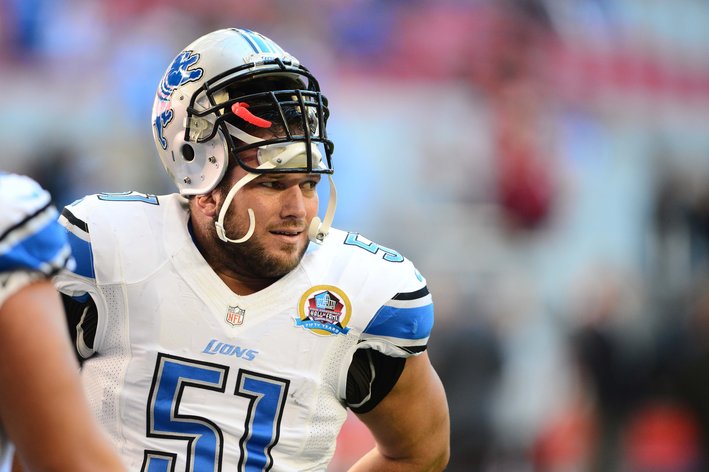 "My kids were standing in the end zone, waiting to perform, when they were subjected to some pretty strong verbal abuse," Michael Leckrone, director of bands for the University of Wisconsin told SB Nation on Monday.

"They were highly intimidated by it, by a 295-pound lineman saying those things to a 165-pound clarinet player," Leckrone added.

The Lions are investigating the claims and have issued the following statement, per MLive.com:

"Those reports are extremely inconsistent with the standard of behavior we expect from our players and from every member of our organization," the team said in a statement. "We currently are gathering more information and will respond further when appropriate."

According to #Lions center Dominic Raiola The band story was "Blown way out of proportion".

"We've got more important things to worry about right now....we're worried about wins and loses." - Dominic Raiola in wake of #BandGate

Jay Sorgi of TMJ4 interviewed a band member's father, and his comments can be heard here.

Raiola, 34, is a 13-year NFL veteran. He was drafted in the second round of the 2001 NFL Draft out of Nebraska, which could potentially add some fuel to the Badgers-Huskers rivalry. Wisconsin and Nebraska do not play this year, though they could meet in the Big Ten Championship game in December.