Wrestling is, second only to running, the oldest sport in the world. From Jacob wrestling an angel 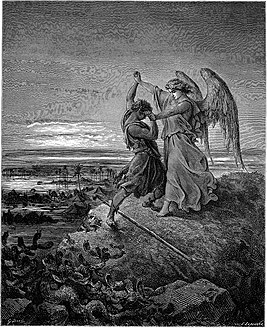 In order for the casual fan to understand what's unfolding before their eyes on the modern day wrestling mat, let's go through a few basics of wrestling. There are three main styles you will probably hear about: freestyle, Greco-Roman, and folkstyle (or collegiate). Freestyle and Greco-Roman are international styles used at the Olympics and other worldwide competitions. Girls/womens wrestling in the US also uses freestyle. The primary style for US boys/mens wrestling at the high school and college levels is folkstyle. Because Wisconsin doesn't have a womens team yet, this article will focus on college level folkstyle.

One match consists of 3 periods totaling 7 minutes. In the first period, both wrestlers start in the neutral position (see Jacob and the Angel painting). It lasts 3 minutes. In the second period, which lasts 2 minutes, one of the wrestlers chooses to start in the top, bottom, or neutral position. In the third period, also 2 minutes, the other wrestler chooses their preferred starting position.

The primary objective is to pin (shoulders to the mat for 1 second) your opponent. The secondary objective is to score points. In practicality scoring points is the primary objective in most cases, because it's so hard to pin skillful opponents. Matches do not end in ties, so there are overtime periods and criteria to determine the winner of matches that are tied at the end of regulation. On the other hand, the match is stopped and a technical fall (fall = pin) is declared if you go ahead by 15 or more points.

Points are awarded for takedowns (put the opponent on the mat, be on top, and be in control - 2 pts), reversals (go from the bottom to the top - 2 pts), escapes (go from bottom to neutral - 1 pt), near falls (opponents shoulders are close-but-not-quite a pin - 2-4 pts, depending on how long you keep them there). There are also penalty points for illegal moves, but they are fairly rare in high level wrestling.

Now that we know how an individual match works, let's look at team scoring. There are two main types of competition, dual meets and tournaments.

In dual meets, two teams go head to head at each of the 10 weight classes. Victory by pin, forfeit (can't field a wrestler at a weight class, usually due to injury), injury forfeit during the match, or disqualification (rare, for significant rule violation) adds 6 team pts. A technical fall victory leads to 5 team points (4 in the rare case that the victor scores no near falls). Winning by 8-14 pts is a major decision that yields 4 team points, and a decision (win by 1-7 pts) garners 3 points for your team. Wisconsin's score against Buffalo in the season opening dual meet on 1 Nov 2021 can be calculated as follows: 3 maj dec wins x 4 pts = 12, 6 dec wins x 3 pts = 18, 12 - 18 = 30; 1 dec loss x 3pts = 3; giving the Badgers a 30 to 3 wins for the dual meet. Short version: the more impressive the individual victory, the more points the team receives.

Tournaments are similar to basketball's March Madness, complete with seeding, byes, and sometimes wrestle-ins for the last spot in, with one bracket for each weight class. Most college wrestling tournaments are some variation of double elimination, where you must lose twice to be out. This allows for a vibrant back side of the bracket for 3rd, 5th, 7th, etc. depending on the exact style of tournament. The major tournaments are the conference and NCAA tournaments. As with volleyball, the B1G is the toughest conference and has the hardest conference tournament. The best wrestlers at each weight class get invited to the NCAA tournament (yes, there are arguments about last-in vs first-out wrestlers). Tournament scoring is fairly complex, but the same principe applies where the bigger the victory, the more team points you contribute. The best way to score team points, however, is to advance. The higher the place, the more team points it's worth.

There are other tournaments throughout the year, including open tournaments which give a chance for non-starters on the team to wrestle. Sometimes this leads to the interesting situation of pitting the starter at a weight class against the backup from the same school. 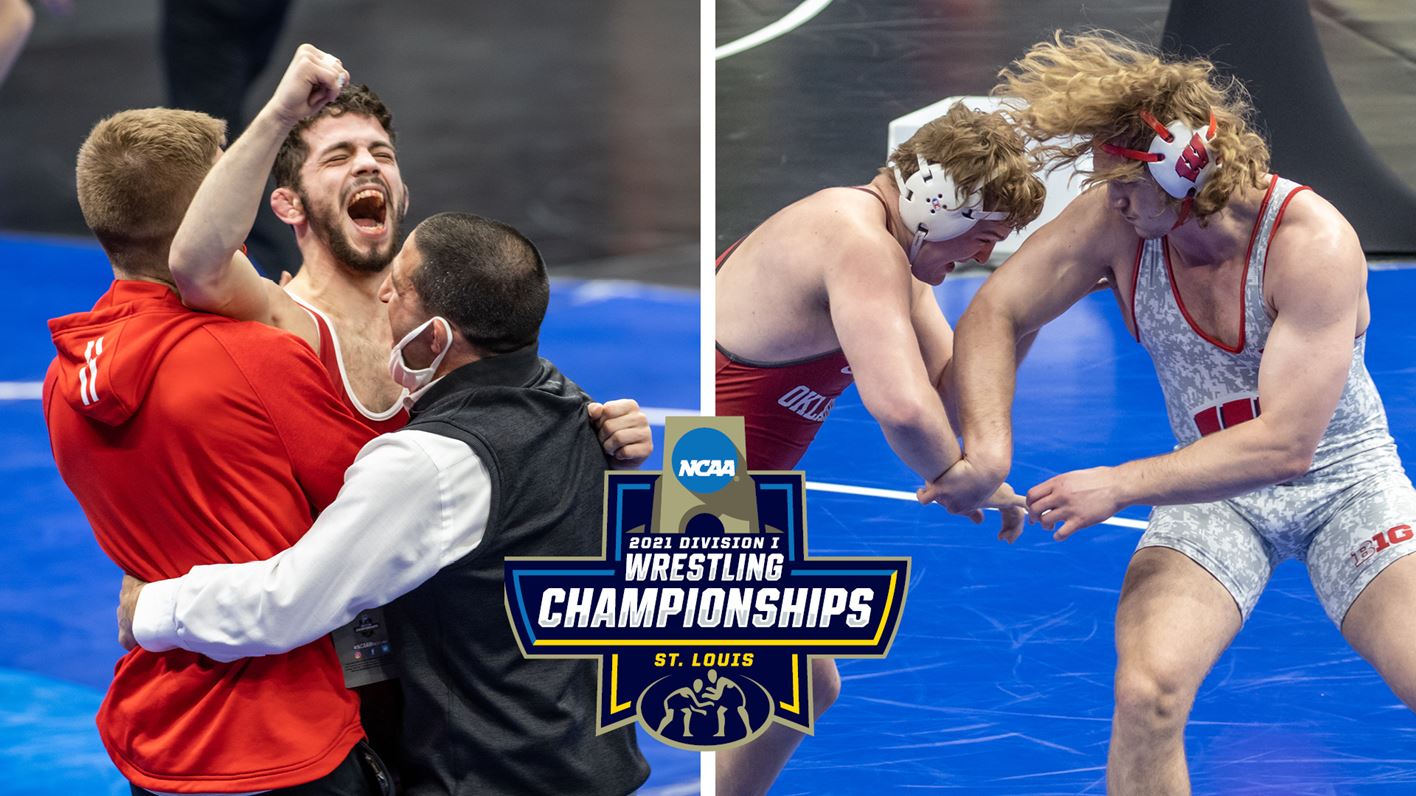 The biggest tournament is the NCAA tournament. Many of the rankings used for individuals and for teams are based on projected placement at the NCAAs (i.e. not based on dual meet results - that's why you'll find some funky team W/L records that don't seem to match the team's ranking). Wrestlers who place in the top 8 at the NCAA tournament in their weight class are All Americans. Wisconsin had two All Americans last year: Eric Barnett, who wrestled up through a tough 19th seed to place 8th, and Trent Hillger (aka Thor), who placed a career best 6th for his 3rd AA in three tries.

Afterword: This is my first attempt at a FanPost (I will now snipe less at actual writers). I wrote this because of comments by Chris(not)Chelios and drstre, two of the three biggest brains who comment on B5Q (the other being TacitusSureSaysAlot) and, of course, site manager Drew Hamm. Many thanks also to 2CofC, who posted most of this content in the comments section of the Wisconsin-Buffalo dual meet write up.