More scheduling news and a fresh look on the hardwood.

This past week brought Wisconsin basketball fans a number of under-the-radar but enticing updates for the 2016-17 season.

First off, as the Wisconsin State Journal first noticed, Wisconsin’s catalog for season ticket holders lists the Big Ten opponents for the Badgers’ 18 conference games this season. The nine home games will come against the following opponents (the full schedule is expected to be released in late August):

And the away opponents:

As you can see, the above means that the Badgers have home-and-homes with Indiana, Michigan, Rutgers, Minnesota and Ohio State.

The full non-conference slate has yet to be set, but we know Wisconsin will face Syracuse in the Big Ten/ACC Challenge. The Badgers will host the Orange Nov. 29 at the Kohl Center. The two teams met in last year’s Challenge as well, when the Badgers escaped Syracuse with a 66-58 overtime win on Dec. 2, upsetting an Orange team that was ranked No. 14 at the time.

Also, as noted in Wisconsin’s ticket catalog and announced by Oklahoma this week, the Badgers will host the Sooners for a non-conference game at the Kohl Center on Dec. 3. Wisconsin and Oklahoma met last season in Norman, Okla., when the Sooners came away with a 65-48 win on Nov. 29.

Other previously-known non-conference matchups for Wisconsin this season include at Creighton (Nov. 15 for the Gavitt Tipoff Games), at Marquette (date TBA) and at the Maui Invitational with a field that includes Chaminade, Georgetown, North Carolina, Oklahoma State, Oregon, Tennessee and UConn.

In the vein of news that hardly "matters" but entices fan nonetheless, Wisconsin finally unveiled the new look for the Kohl Center floor.

The changes were teased on Twitter earlier this month, and the complete result was revealed in a time-lapse video uploaded to YouTube on Thursday.

Nothing major in there, of course. The changes mainly consist of adjusted fonts that may more closely match the Badgers’ upcoming Under Armour uniforms, as well as some possibly thinner lines.

Here’s how the new and old designs compare: 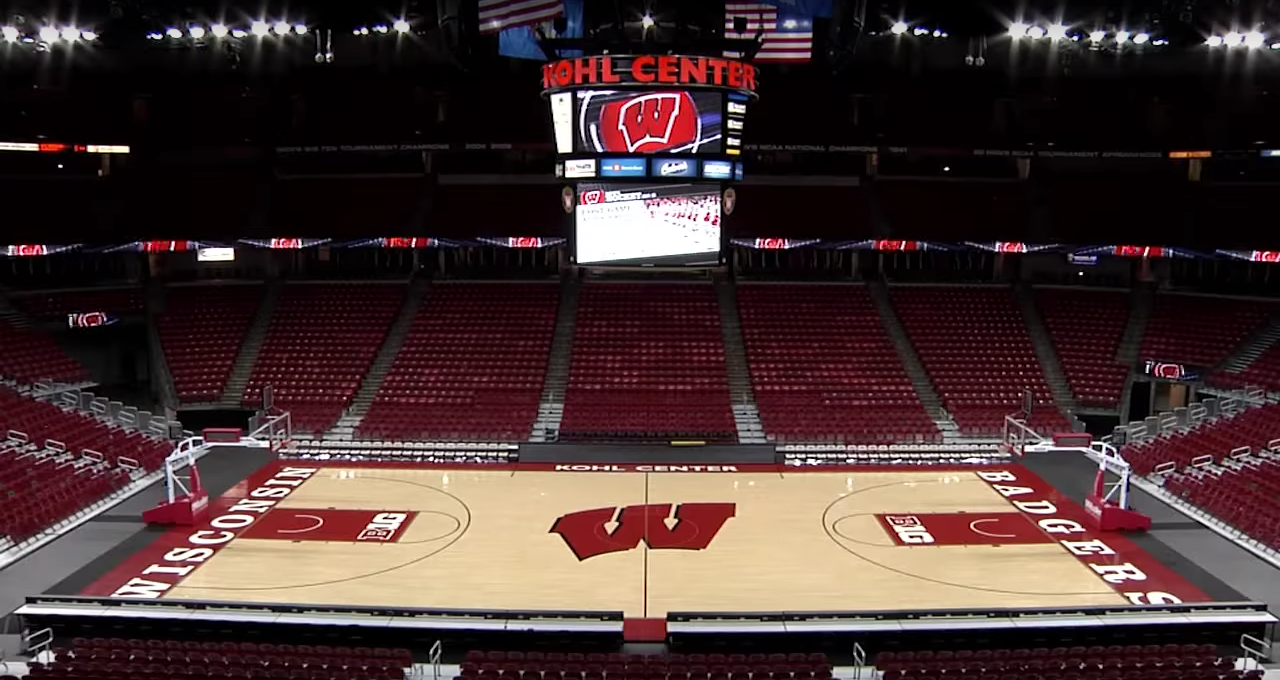