Roundtable: What were the biggest moments from Wisconsin’s 2016 regular season?

What’s going to stick in your mind from this season?

Share All sharing options for: Roundtable: What were the biggest moments from Wisconsin’s 2016 regular season?

While the players begin to dissect film and prep for the impressive MAC program, our writers took a look back at the 2016 regular season. This is the second of four one-question roundtable chats. On Tuesday, we looked at how our team viewed the 2016 season leading up to the Cotton Bowl. 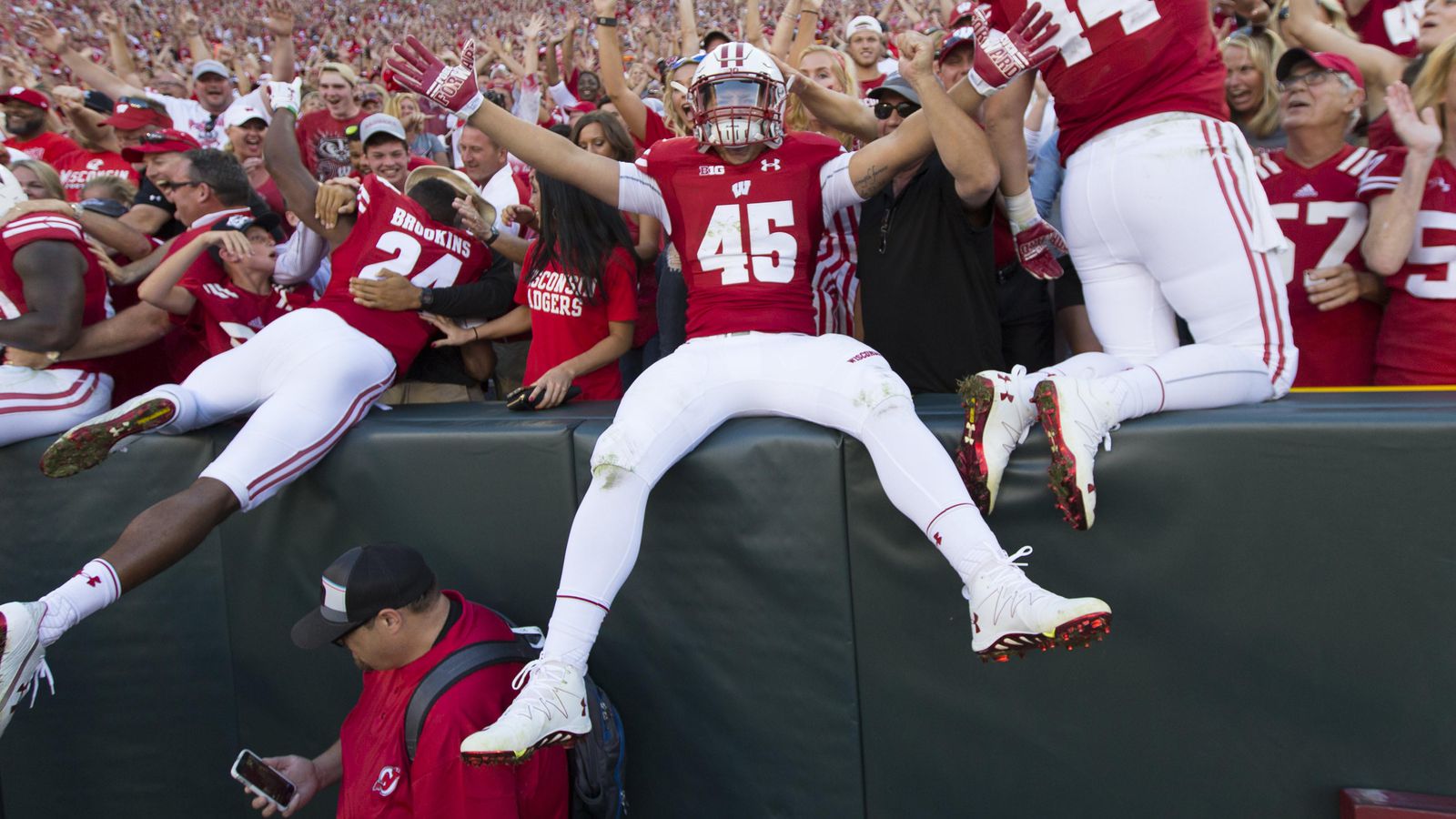 Roundtable: How do you view Wisconsin's 2016 season so far?

How do you view the Badgers’ 2016 campaign so far?

What is the play or moment that stands out the most to you so far this season?

Owen Riese: There are a couple. D’Cota Dixon’s interception in the LSU game is certainly up there. Leo Musso’s fumble recovery for a touchdown in the Michigan State game, the Alex Hornibrook-to-Jazz Peavy touchdown in the Ohio State game and finally the Bradrick Shaw TD run vs Mehbraska.

The LSU win was enormous, I’ll leave it at that. Michigan State was another big win (at the time, at least). The Peavy TD was such a “sign of things to come” moment, and the Shaw run was in the same vein. No seniors were on the field for the touchdown, showing the youth that still is in the program.

Drew Hamm: Beating Nebraska was a pretty big moment because after that win, the Badgers were favored in all of their remaining games and had the Big Ten West division title in their grasp.

Neal Olson: Well since Owen pretty much mentioned all the top hitters already, I’ll go in a slightly different direction: when Hornibrook was named the starting quarterback. Once word started leaking out—unofficially, at first—I remember thinking, “This is the opposite of the ultra-conservative, keep-the-status-quo Paul Chryst we have come to know and love.”

The move to Hornibrook signaled Chryst and the Badgers recognized the opportunity this season presented. Surviving the challenging schedule would boost the perception of the program and, by extension, the Big Ten as a whole. Whether Chryst considered this big-picture idea or not, he established his commitment to winning and being unafraid to make a difficult choice in the face of criticism. At the time (the time when Michigan State was a top-10 team and not a one-more-conference-win-than-Rutgers program) starting a redshirt freshman on the road in East Lansing was a huge gamble. It paid off that Saturday and set the table for the Badgers’ run to the Big Ten Championship Game.

Jon Beidelschies: Unfortunately, the Wilton Speight-to-Amara Darboh 46-yard touchdown pass in the Michigan game is the play that stands out the most this season. It was—and remains—a pretty accurate “state of the program” illustration. The Badgers held their own against the then-No. 4 team but got beat over the top (and, ultimately, beat) by more athletic skill players. It was a recurring theme throughout the year, win or lose, and is the barrier between being a “pretty good” squad and a playoff contender. There is no reason that Wisconsin can’t be a Jim Harbaugh-era Stanford-type team year in and year out with a puncher’s chance at a national title game when everything breaks right. But the Badgers are going to need more skill on the edges and better performance by the quarterback to get there.

Jake Kocorowski: It goes back to the first game of the year against LSU, but maybe this is a memory that maybe the other B5Q writers (or fans not at Lambeau) didn’t see. I’m walking with other members of the Wisconsin beat down to the press area, which was a substantial jaunt down a ways around a part of the stadium. We were walking above the fans in the Mezzanine area, and there was an energy I’ve never felt from the fan base since I started covering the team in 2013.

I looked below to see fans cheering and yelling on their way out of Lambeau, embracing in a way I hadn’t seen before in other wins. High-fives, hugs and screaming on their exit out of the hallowed halls that have brought so many championships to Green Bay.

On the field, I’ll say that Dixon interception with Vince Biegel’s pressure forcing a very poor throw as the play of the year to set the table for what was to come in 2016. But the moment that stands out the most to me was seeing the fans embracing this team both in the Lambeau Leaps players took right after the game and this nearly indescribable elation coming from the Badger faithful that late Saturday afternoon.

One of the writers said to our group (paraphrasing here), “This was pretty big, wasn’t it?”