BTN's Dave Revsine has a new book out, "The Opening Kickoff," that is of particular interest to Wisconsin Badgers fans. It focuses on UW's first great star, Pat O'Dea, and the growth of college football dating back to the late 1800s. As Dave shared with me, there are many more parallels between those days and today's game than you might think.

You surely recognize Dave Revsine as the face of Big Ten football and basketball on BTN. Coming from ESPN as the network's first in-studio hire, Revsine has been with BTN since 2007.

More recently, however, Revsine has published a book that Wisconsin Badgers fans will absolutely be interested in checking out. "The Opening Kickoff" tells the story of Pat O'Dea, Wisconsin's first great star. O'Dea was a Badger from 1896-99 and played fullback -- not in the traditional sense, as in those days, fullbacks often handled punting in placekicking for what was still very much a kicking game. Originally born in Australia, O'Dea became known as the "Kangaroo Kicker" after nailing a 62-yard field goal vs. Northwestern in 1898, the first of his two seasons as a team captain. He was inducted into the College Football Hall of Fame in 1962.

There's also so much more to O'Dea's story, and Revsine initially set out to write a biography of one of college football's earliest stars. But after four years of research -- much of which took place at the University of Wisconsin-Madison's archives -- Revsine quickly saw a much greater story about the origins of the game and its parallels to today's version were ripe for telling.

You can purchase Revsine's book wherever books are sold, as well as on BarnesandNoble.com and on DaveRevsine.com. Dave will also be appearing at a book signing at the Barnes and Noble on Mineral Point Road in Madison on Sept. 9.

I chatted with Revsine about the book for about a half-hour and came away completely fascinated with not only "The Opening Kickoff" subject matter and the history it tells, but his process for writing and researching the book. I sincerely feel that the book would interest anyone with even the most remote interest in football. Here's my conversation with Revsine, edited for clarity and brevity.

First and foremost, what should Wisconsin fans know about Pat O'Dea, both in relation to the book and just in general?

Pat O'Dea was the first great star at the University of Wisconsin. He was really the guy who put the University of Wisconsin's football team on the map, and to a large extent -- and I think this is kind of what makes things so interesting here, and what really piqued my interest in this whole topic -- not only did he put the football team on the map, to a large extent he helped put the university on the map. Football was incredibly important in this time period, much more so than I ever thought it would be. That's kind of part of the story of the book. 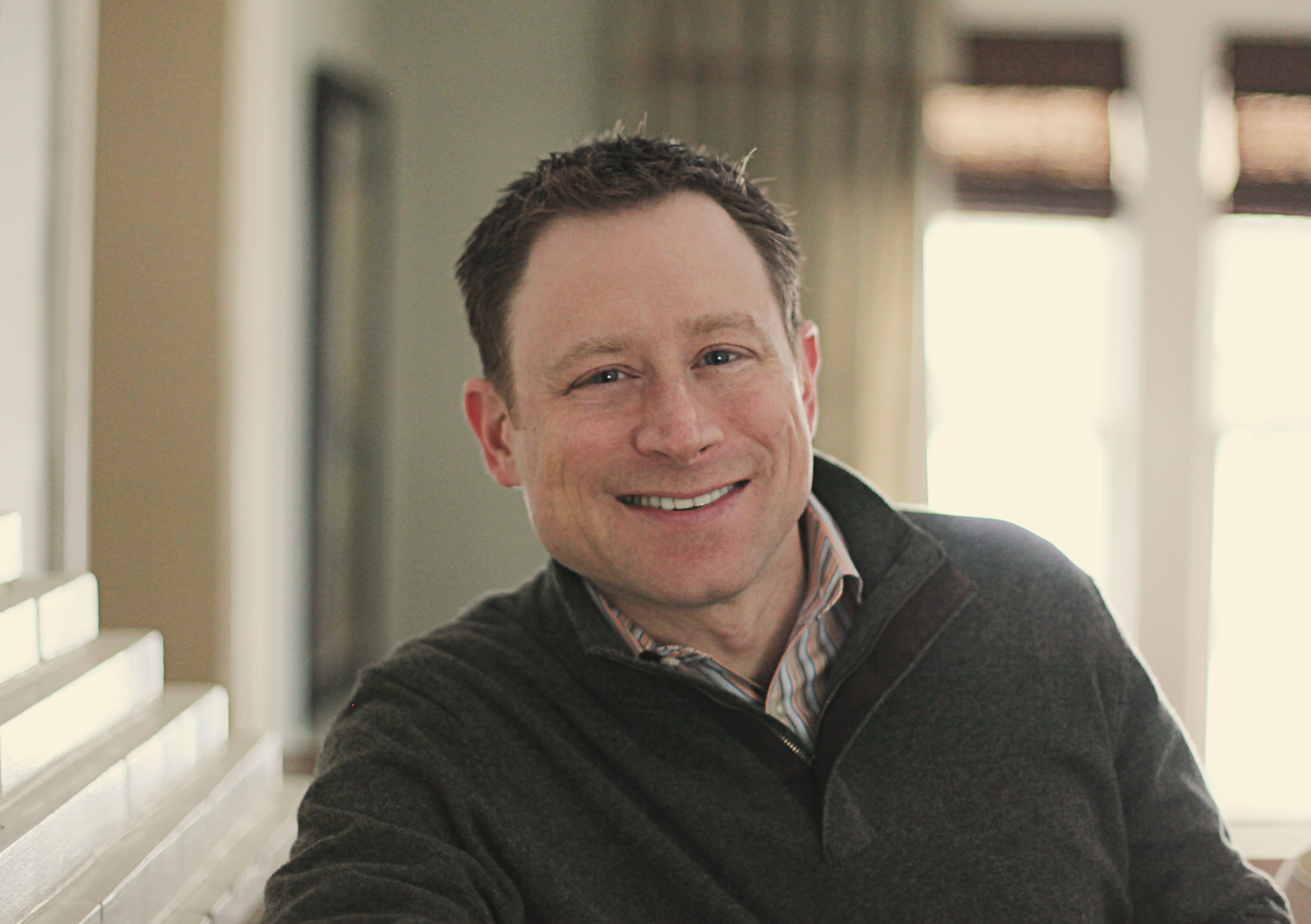 Dave Revsine was BTN's first in-studio hire and has been with the network since its inception in 2007. Previously, he worked at ESPN as an anchor and play-by-play man for more than a decade. He's covered several Rose Bowls, Final Fours and national championship football games, and was named one of the top sportscasters of the decade by Sports Illustrated in 2009.

So Pat O'Dea was an Australian guy who came to the U.S. to follow his brother, who was a crew coach at Wisconsin in the 1890s. I chronicled in the book how Pat kind of stumbles upon his brother; he didn't actually know where he was in the United States. He knew he was here somewhere, he asked around and found Andy, his brother, and made his way to Madison. He had been an Australian rules football player in his home country, which is a kicking game. He ended up becoming a great star in college football, which at the time was, to a large extent, a kicking game. The kicker and punter -- which generally was the same person; in O'Dea's case, it was -- could really take over a game due to the rules at the time, the way the scoring system worked, how different it was to move the ball. It was very much a field-position game.

He was extraordinarily talented by just about every account that you will find. He ended up becoming one of the first-ever western All-Americans and just a huge, huge superstar.

So again, I knew very little about him going into it. I knew his name and I kind of chronicled that at the beginning of the book as to how I found out about him. I was blown away by the impact that he had on college football in this region of the country and the University of Wisconsin, and just kind of spreading the name of the university.

That's a good segue to my next question -- what was the catalyst for you deciding to write this book?

The biggest catalyst was that I just thought the story needed to be told. I was blown away -- it started as an O'Dea book, I was going to write his biography. I was blown away by his story; there's a mystery that surrounds him, which I won't get too much into. He had a bizarre, bizarre life. So I thought the combination of this time period and him being an incredible player, and then the crazy things that happened to him later in his life, I was really thought it was a fascinating biography.

But what I came to realize in the process of doing that was that there was just so much else going on that O'Dea really was a mechanism for telling a bigger story, and that story was college football in that time period. I just was stunned at the similarities between what went on in 1898 and what's happened today in college football. I just never would've guessed that in a million years.

When you're thinking of writing a book, and I certainly talked to a lot of people about it, you want to paint on as broad a canvas as you can. I do think O'Dea's story is amazing, and I still think it would make an unbelievable movie. From a book's point of view, if you can tell a bigger story, you want to do that. It became apparent to me that I had a bigger story than just Pat O'Dea. The time period was the story, but I used Pat O'Dea as kind of a touchstone. He's basically about half of the book, and I use him as a specific example of to show what was going on more broadly in college football.

You touched on it briefly there, connections to today's game, today's world. What were some that you found, and I guess did they surprise you, intrigue you? What were some of those common threads?

Well that's pretty much the book. The thesis of the book is that everything that's going on in college football today, positive and negative, from the great fan support and the media coverage and all of that, to a lot of the negative stuff that's happening, too. Debates over amateurism, which of course have been front and center this summer, the injury issues, of course the concussion crisis -- there was a similar crisis that involved people literally dying on the field around the turn of the century -- the money, the way the money controls the game. Everything that's happening was going on then.

So I kind of thematically go through and in a narrative sort of way, I tell everything that was going on then. The parallels are basically the whole book. There's 200-and-some-odd pages just showing how similar what was happening then is to what's happening now. It blew me away.

I open the book with the 1893 game between Yale and Princeton, which was played in New York City. It was the championship game on Thanksgiving Day. There were 50,000 people there -- the game shut down the city, basically. The New York Sun sent 17 reporters to the game and devoted about a quarter of the next day's paper to coverage of the game. I never would've guessed that in my wildest dreams. Reading about that game as a fan, there was just a bigger story here. But again, the parallels go on and on throughout the book on all of these issues. I just thought it was utterly fascinating.

You told me that you did a lot of the research in the UW-Madison archives in Madison. What was that like? I know that building -- beautiful building, of course, beautiful area. What was the process like, getting in touch with all this old research and digging up an old story in a place like Madison?

So I called the archivist at the university, a guy named David Null who has been fantastic throughout this whole process, just wonderful. I said, "Do you have a file on this guy, Pat O'Dea?"

"I'll be up there next week, could you pull it for me?"

And he pulled it for me, and I spent a day there going through the files. I was just captivated from the get-go. It's just an incredible story, and so then I went back up there subsequently, I think, on three or four different occasions. I had every issue of the [Daily Cardinal], pretty much, from the four years that Pat O'Dea was there. The Cardinal came out every day, it was four pages, and I basically have them all. PDFs and microfilm.

I spent a lot of time going through other archives, as well. I was at the University of Chicago going through the Amos Alonzo Stagg papers. That was fascinating; Stagg was a dedicated saver. He saved basically, he clipped, everything and he filed it away. There's a ton of stuff there.

I actually hired someone at Yale, a PhD student to go through the Walter Camp papers. She would send me a lot of that stuff; I kind of knew what I needed, and that stuff was amazing. The other thing is a lot of these newspapers now are digitized and archived. So I can literally go on The New York Times site and type in "O'Dea" and you get whatever it is that hits and you just go through and see everything that was ever written about him in The New York Times. Same thing for the Chicago Tribune. There's a website called newspapers.com that archives papers.

So I loved it. I was a history major in college, and just this time period I thought was fascinating -- it was a time of change, transformation in our country. Just everything about it was captivating for me. Every time I got to dig into it, I was enthralled.

To kind of get to your original question on actually being in Madison, I love Madison. We lived there for a year when I was kindergarten, my sister went to school there. It's one of my favorite campuses in the Big Ten, so any time I can spend time there is great. Everyone was so helpful.

Look, it was an arduous journey. It was four years -- I'm not going to tell you every moment of it was fun, and there were certainly moments where I wondered if I'd ever get it done. But on the aggregate, I really enjoyed it.