The name of Wisconsin's first Hobey Baker Award recipient will grace a charity game to raise money for the UW Health Burn Center. 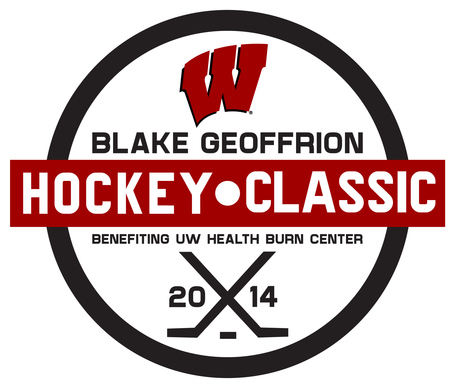 "Hockey players are a tight-knit group, so I wasn't surprised that so many volunteered to play in the game," Geoffrion said in a release. "We're always willing to help each other out. The fact that their participation will raise money for the Burn Center is icing on the cake."

Geoffrion, 26, won the Hobey Baker Award, given annually to the best player in college hockey since 1981, in 2010. He was the first Badger to do so. His pro career, unfortunately, was ended prematurely by a head injury suffered in 2012 during an American Hockey League game in 2012. Since retiring, Geoffrion has worked as a NHL scout for the Columbus Blue Jackets and now works in Chicago for an executive recruiting firm.

The UW Health Burn Center is one of only 64 verified burn centers in the U.S., and it has just seven beds. One third of its admissions are children 17 and younger. According to the release, scientists at the center are working to develop new skin substitutes and polymers to treat injuries more rapidly, in addition to exploring how guided imagery and virtual reality can help burn survivors cope with pain and depression.

"It's an honor to get support from hockey players," said Dr. Lee Faucher, burn surgeon and director of the Burn Center. "The support allows us to achieve our goals: research to improve the care of patients with burn injuries, and team education."

According to Wisconsin head coach Mike Eaves, the hockey program's association with the Burn Center started when he and an assistant coach visited patients in the unit.

"I think the response by the former Badgers has been tremendous in terms of their availability and willingness to play in this game," Eaves said. "That speaks to the great memories they have of Madison and their generosity by giving back to the community."

Tickets for the event go on sale Friday and will cost $15 for adults, $10 for youth and seniors (ages 2-18 and 55+). All proceeds will benefit the Burn Center. Also, 2014-15 UW season ticket holders who purchase Hockey Classic tickets will be eligible to receive exclusive access to a free post-game meet-and-greet with the players.