Gary Andersen claimed that Chris Borland was the best linebacker in the country at Big Ten media days. Borland is about to put up the numbers to prove it.

No one needs records and awards to prove they were good at something. In fact, the validation of peers and invested onlookers is more meaningful in a lot of ways. On a football field, who is one trying to impress if not the people the people who care the most -- teammates, coaches and fans? Earn their love and you've done your job.

That said, across the expanse of college football history there have been scores of beloved players. To cut through the clutter and, more importantly, win bar fights, numbers can be a godsend. A lot of circumstance and dumb luck factor into setting an NCAA record, but nobody can deny that numbers are exactly what they are. Gary Andersen can claim that Chris Borland is the best linebacker in college football, and I can just as strongly claim Ryan Shazier, Max Bullough or C.J. Mosley. That's when Andersen steps in and says "A-ha! Get a load of this." 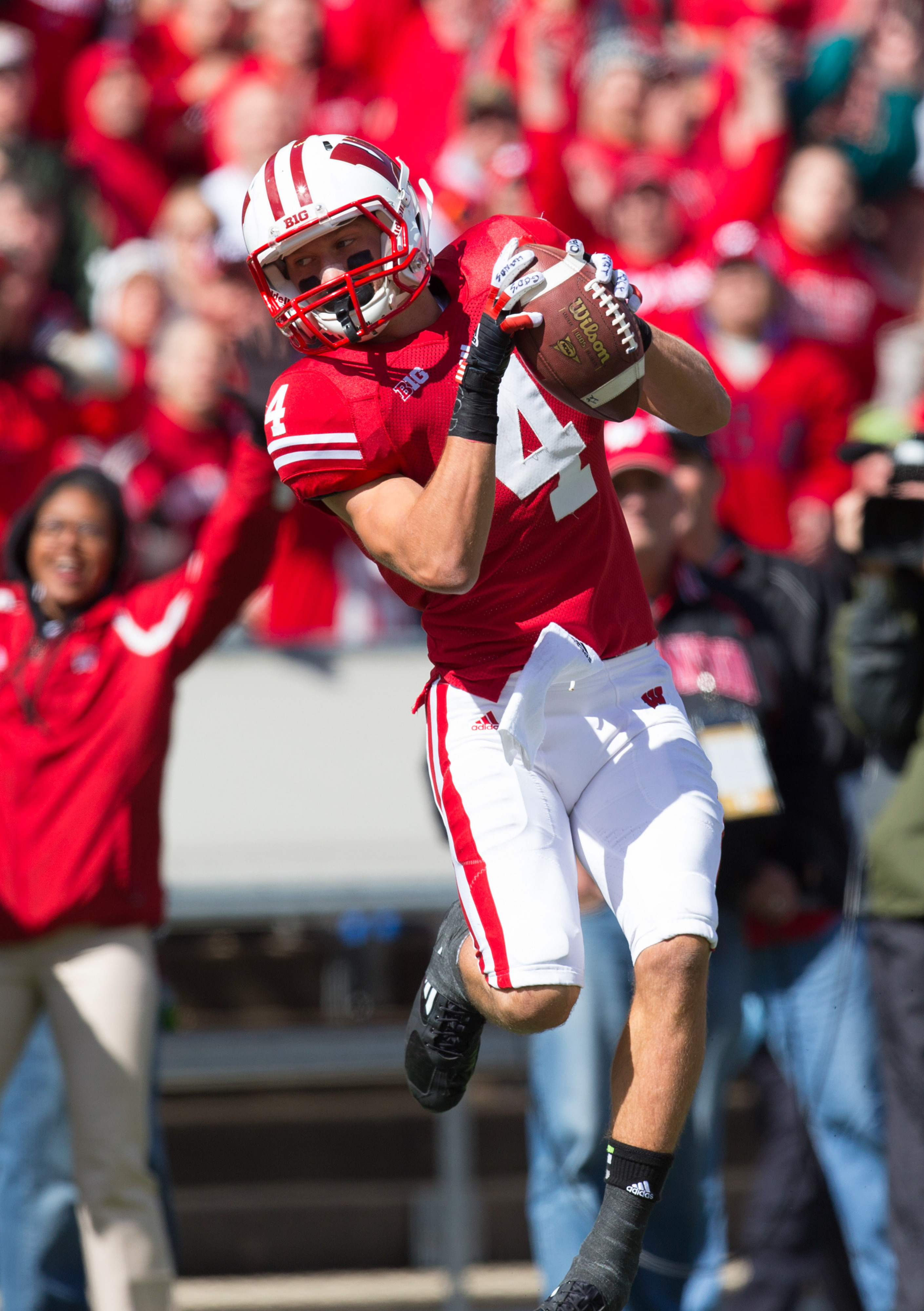 Since as long as the NCAA has been keeping track of such things, no player has ever forced more than 14 fumbles in his career. Five players share the record: Antwan Peek (Cincinnati, 2000-02), Terrell Suggs (Arizona State, 2000-02), Kenechi Udeze (USC, 2001-03), Ryan Kerrigan (Purdue, 2007-10) and Cordarro Law (Southern Miss, 2008-11). Heading into the 2013 season, Borland sits at 13 forced fumbles, putting him in strong position to take sole possession of the record by a comfortable margin.

For his career, Borland is averaging .31 forced fumbles per game. Across a 13-game season, that's four forced fumbles to make him one of the most prolific fumble-producing machines in college football history ("one of" because the NCAA record seems to go back only to the turn of the century on this). Preseason All-America lists have been bullish on Borland, but not "best linebacker in the country" bullish. The glint of an NCAA record could attract a lot of hype and momentum for the highest defensive postseason accolades, however. Think Montee Ball's 2011 Heisman hopes once word escaped that he was on track for the single-season touchdown record.

Andersen's press conference at Big Ten media days earned more press for being dry than any substance. Perhaps drowsy from yet another milquetoast answer in the Urban Meyer inquisition, reporters didn't pay much heed to Andersen's boldest claim. The fact that Andersen took a stand on something should be proof enough that he is strong in his conviction, however. The best linebacker in the country will be roaming Wisconsin's defense this season, with numbers and widespread admiration to prove it, ready to unleash.