This top-five prepares us for the football Saturdays that are drawing ever so near. We know you've all enjoyed a few Madison burgers in your day.

Share All sharing options for: The 5 best post-game dining spots in Madison

Tuesday night, a piece written by Chat Sports titled "5 Best Places to Eat After a Wisconsin Football Victory" made its way throughout the Wisconsin blogosphere.

As a true food aficionado, I felt compelled to click on that link and read that story -- especially since I just finished up my four years at UW this past May. My knowledge of the food game in Madison is pretty darn good as I've lived it and eaten it (probably far too much). Needless to say, I was very intrigued when I clicked on the Chat Sports link.

Unfortunately, I was so underwhelmed -- in fact, I'd go as far as to say appalled -- by the list provided, that I deemed it necessary to come up with a B5Q reprise.

Remember the famous John Locke quote: "No man's knowledge here can go beyond his experience."

Well here at B5Q, we have that ever-so-important Madison eatery experience, and thus, we have that coveted Madison eatery knowledge. So without further ado, I give you my rendition (as always, amendable in the comments section below) of the five best places to eat after a Badgers win. 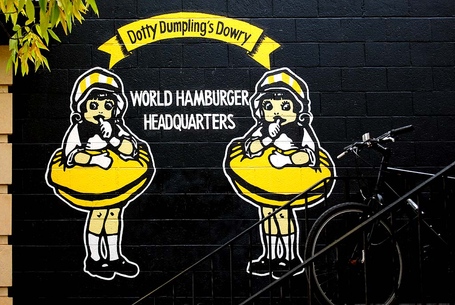 At least Chat Sports got this one right: Dotty's gets the top spot. Best burger joint in Madison without a doubt. Other restaurants can compete in terms of their burger deliciousness, but year after year, Dotty's stands alone. Plus, it's in a prime location for the walk back from Camp Randall toward State St. or the Capitol Square. No matter what your heart desires, Dotty's has a burger for everybody. My favorite: the Melting Pot. 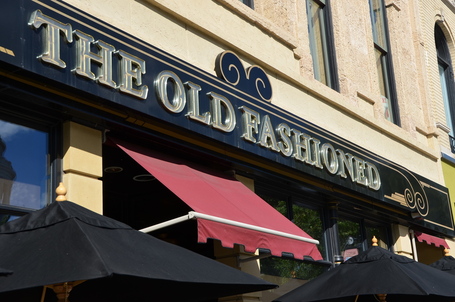 Now if you're planning on gallivanting all the way back to the Capitol after a Badgers' thumping of say, the Gophers, then try to hold off on that burger craving and wait to have one at The Old Fashioned. Its burger is also phe-nomenal, plus they've got an extensive selection of brews and awesome side platters. Before you chow down the No. 29 Spicy Burger, have the No. 8 Best Wurst appetizer. It doesn't get better than good ol' Wisconsin bratwurst. 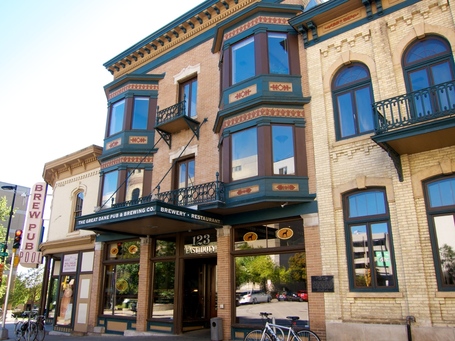 Another spot where you'll have to hold off on stopping early and brave the long walk from Camp Randall up past the Capitol. This and The Old Fashioned were a toss-up for me, but I've got an affinity for No. 2 because it was my first meal in Madison as an official Badger. The Dane also has solid burgers and its own selection of beers which is always impressive. Plus, there is a mini-pool hall near one of the bars if you can shark -- always easy money to be won with buzzed Badger fans ready to spend their cash. 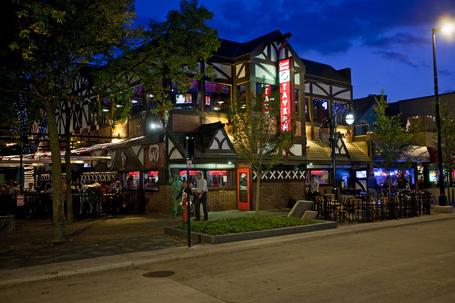 It may be a bit cliché for this list, but the atmosphere is top-notch and the brats are delicious. The rest of the menu is so-so, but the Red Brat is as good as it gets. Brats is also the best place to watch a game by far. So after you've enjoyed Wisconsin whooping its inferior opponent that day, you can sit, drink and eat at the bar for hours while watching some quality college football every fall Saturday. 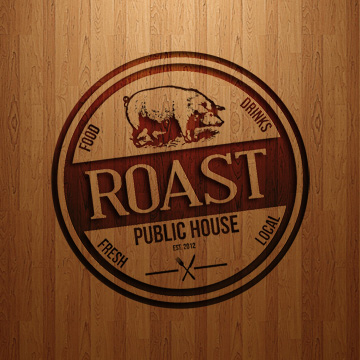 The Roast is my sleeper pick in this top five. It actually hasn't seen much of a Wisconsin football season since it just opened this past October. But in its short existence, it has become a student favorite in Madison with its solid selection of beers on tap and sensational roasted meat sandwiches. I think it will continue to thrive in its first full football season this fall, especially with dishes like the Chicken Francese. Give me one of those and a Bell's Two Hearted Ale after a Badgers win and I'm set for the day. But if they lose, then I'm going to need two -- of each.

***Sentimental side note: I really wanted to put the extinct Fat Sandwich on the list because it was the sole source of my Freshman 15 back in 2009. That place had a line out the door after every football game, and I had to summon all the patience I could muster to prevent myself from skipping the line and getting my hands on a Fat Badger sandwich. Chicken fingers, mozzarella sticks, ranch and fries all on a hoagie -- I never have to have such a ludicrous meal again, but boy was that a fun spot while it lasted.