Remember, Vintage Is In: Old-School Wisconsin Posters For Sale

Share All sharing options for: Remember, Vintage Is In: Old-School Wisconsin Posters For Sale

I'm generally against responding to those sort of emails that just want you to shill out their products, generally poorly marketed and of very little interest to anyone with a twinge of common sense.

But when I saw these -- yes, in an email -- I felt compelled to pass them along. I've also started to think that as great as Bret Bielema leading the Badgers onto the Camp Randall Stadium field while U2 blares is, the whole thing could use a little spice to it. Yeah, this is done in other places, but what about Ol' Bret on his own fine steed, decked out in knight's armor?

Apparently that's what happened in 1936, according to this poster, one of many fine ones from Historical Football Posters. 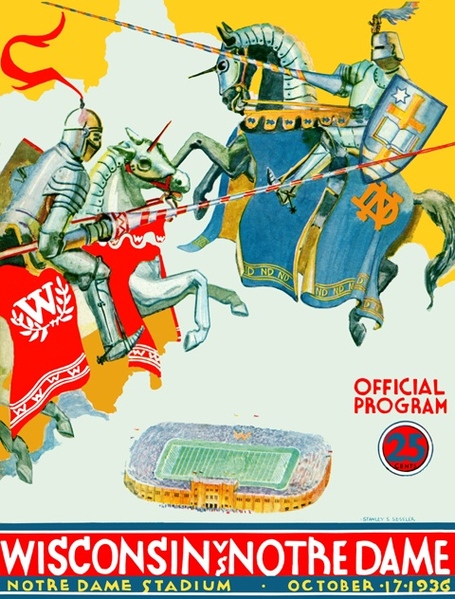 There's a few more pretty sweet UW posters on their Wisconsin page, which I encourage you to check out. Perhaps if enough are sold, we can bring some change to the Badgers' entrance. Coming soon to NCAA Football 14: Bret Bielema spears Mark Dantonio before kickoff at Camp Randall.