The Ghost of Scott Starks and Ross-Ade Stadium

We raise our glass to you, Purdue. Thanks for the memories!

Share All sharing options for: The Ghost of Scott Starks and Ross-Ade Stadium

Ah, Purdue, been too long, buddy! How about ol' Drew Brees breaking Johnny U's record? And I can’t tell you how much America loves the sight of Bernard Pollard suiting up against the Patriots. You even have the tradition as the cradle of Big Ten quarterbacks. But hey, while we're catching up, remember that one play a couple years back when the Boilermaker program appeared to be on the up-and-up?

A CATACLYSMIC turn of events! Oh does that Mark Jones know hyperbole.

The first and only time College Gameday visited West Lafayette to follow Neckbeard Orton’s run at the Heisman! All the hopes and dreams of the Joe Tiller Era were encapsulated in one play for a national audience.

Hell, while we’re on the topic of memorable touchdowns, remember the night Brees set the NCAA record for pass attempts on the road in a hostile environment? Do we ever!

There’s certainly more from J-Fletch from the next year throwing gang signs and notching a pick-6, but the good folks of YouTube just seem to have it out for you.

As our friends at Black Heart, Gold Pants have chronicled, the hard hat that used to strike fear into fans and opponents had a bit of a facelift last spring. The results are nothing less than abysmal. 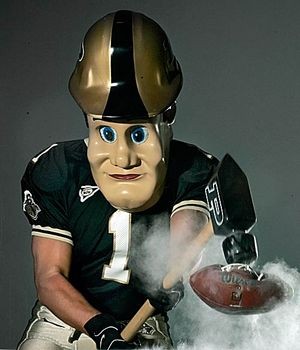 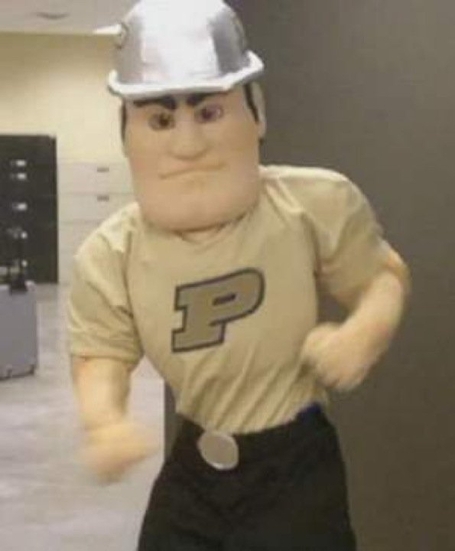 This is Sammy Sosa bad. It makes Jerry Jones look good. It’s Cat Woman bad. What on earth could precipitate the idea of turning Pete into a Seth McFarlane character? No mascot deserves this. No fan deserves this. Purdue Pete is supposed to be a tough hombre, full of piss and vinegar and ready to drink whiskey dropped in a pint of beer. Much like the Danny Hope program, we can now experience the softer side of Purdue.

You know where you can stick that slide ruler?

Even more fun than berating a Purdue fan for their incompetence on the field is mentioning their inability to perform in the language arts. Few conversations are more fun than starting a conversation "You went to Purdue? Well, you must have majored in engineering? Oh, you didn't? I see."

Seriously, if you are going for higher education in anything involving reading, writing, speaking or anything that doesn't involve the left brain, why on earth would you attend Purdue? You can seriously garner more street cred with a business or english degree from Ball State than go through the pains of the bemused looks of hiring managers.