With the spring season of collegiate athletics nearing its end, it's getting to be that time of the year where details about the next seasons of Badger football and basketball start filtering in ever so slowly. We've already gotten some exciting news about the football team's four nationally televised prime time games next season. So when will the first big details of the upcoming UW basketball season be announced? Today.

Mark Rudner, known as @BigTenMarkTV on Twitter, generally has the inside scoop on all matters concerning Big Ten television (I'd say he has an appropriate Twitter handle). Last night he tweeted: 2011 Big Ten ACC Men's basketball Challenge schedule will be announced by ESPN tomorrow. For sure this time!

So what do we already know? A) The Badgers will be playing on the road. B) Purdue is supposedly playing Miami. C) The Badgers have the most wins of any Big Ten team in Challenge history, winning six times. D) Yet, the Badgers record in this event is only 6-6, highlighting the Big Ten's historical struggles in the Challenge. I think U-Dub will end up playing Maryland or North Carolina, and both would prove to be difficult games for Wisconsin. We'll find out for sure later today.

Jon McNamara of BadgerBlitz.com discusses Wisconsin's perspective of the Nebraska addition and looks ahead to the upcoming season.

Where might Badger winger Michael Mersch be taken in the upcoming NHL draft? A scouting service says his skating needs work and may keep him from getting drafted in the first round.

Adam Rittenberg thinks that a Nebraska fan should head to Madison if they can attend only one Husker road game this season. Excellent choice, Adam. It may prove difficult to differentiate between the two fanbases on gameday, so I'm proposing headgear for all fans: 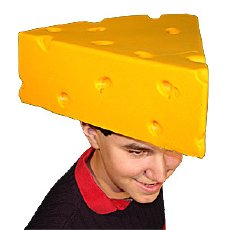 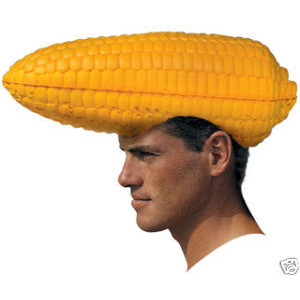 Actually, this doesn't do much in terms of making it easier to tell the two fanbases apart.