Share All sharing options for: Monday Film Session: Breaking down the Cover 2

Considering the Badgers gave up six passing plays of 20 yards or more, it's pretty safe to say they could have used their defensive captain.

Redshirt freshman Shelton Johnson got the start in place of Valai and the backup safety told me after the game he felt like he "left a lot of plays out there."

Sure, there's no question Johnson did not play his best game, but after going over the film, it was apparent that on most of the plays where Johnson appeared to be the goat, there was a teammate who also made a mistake on the play.

We can't go over every breakdown by the defense here, but I do want to take a look at Da'Jon McKnight's second fourth quarter touchdown where Wisconsin fell guilty of a breakdown in its Cover 2 defense at Johnson's expense.

But first, let's look at an example of the Cover 2 working sucessfully. On Minnesota's first possession of the game, Wisconsin stopped the Gophers on both 3rd and 4th down, both of which were passing situations where the Cover 2 worked. 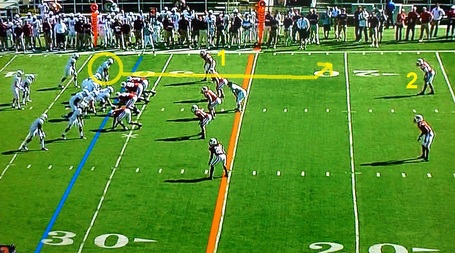 The Badgers are working out of their usual 3rd down Badger Package here, but they use a Cover 2 shell with their safeties. Shelton Johnson will provide over-the-top coverage on the top half of the field, while Aaron Henry will do the same on the bottom half. In the Cover 2, the safeties essentially split the field into two halves.

Minnesota bunches its receivers on both sides of the field here. MarQueis Gray is at the top of the screen with tight end Eric Lair circled. Lair is going to run the deeper route with Gray going underneath. Ideally, an offense wants to make the cornerback -- in this case Niles Brinkley who is labled with a "1" -- make a decision on whether to pick up the wide receiver or the tight end, possibly leaving a one-on-one mismatch with the safety -- in this case Shelton Johnson who is labled with a "2". The Gophers actually play right into the hands of the Cover 2 here, which helps the defense a ton. 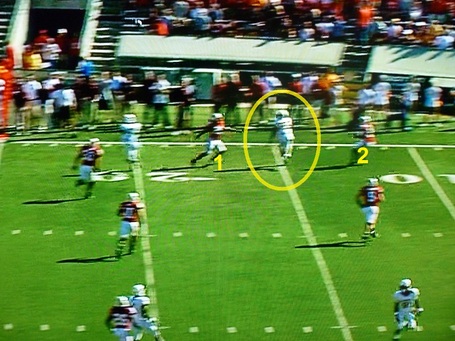 As you can see above, Gray and Lair are so close together that Brinkley can make his own decision once he locates the football. He recognizes that it is going toward Lair and he can drift back to provide the underneath coverage. With Johnson on top, it would be hard to fit an accurate pass into that window, but in this case Weber actually overthrows Lair and Johnson nearly picks off the football. 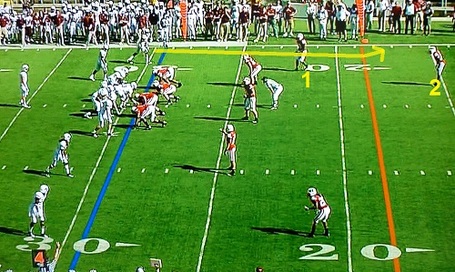 It's 4th-and-11 so Minnesota comes out empty in the backfield with their receivers spread out a little bit more. This forces the defense to spread out, but the exact same situation plays out with Brinkley (1) and Johnson (2) on the top half of the screen. This time Da'Jon McKnight is the receiver at the top with Duane Bennett in the slot. 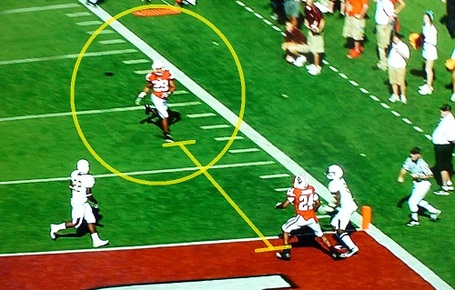 McKnight runs a deeper route on this play, which would usually force Brinkley to make a decision if Bennett runs a route underneath. Instead, Bennett is also headed to the end zone which means Brinkley can also go deeper, but for some reason he stays well underneath even though there isn't a receiver anywhere near him. As you can see, he is a good eight yards away from the endzone when he should be at the goal line helping Johnson blanket McKnight.

But that doesn't completely take the blame off Johnson for this touchdown. Even though Brinkley makes a mistake, Johnson should have realized he is in one-on-one coverage with McKnight and needs to get positioning between the receiver and the ball. 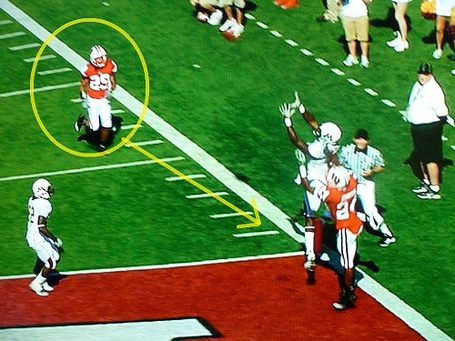 Unfortunately, he fails to do that, which allows McKnight to use his big frame to box Johnson out and catch the football. But had Brinkley stuck with the underneath coverage on McKnight, Johnson actually would have had the correct positioning and it would have been very hard for Weber to fit the football in between the two defenders. Credit Weber for recognizing the one-on-one coverage and allowing his receiver to make a play.

Hopefully this was just a mental lapse by Brinkley because the Badgers were winning so big, but it is the perfect example of why UW gave up six passing plays over 20 yards Saturday. These defensive backs have to make smarter decisions (and make better plays on jump balls) against Ohio State if they want to upset the No. 1 team in the country this week.