Badgers to face Arizona in first round of Maui Invitational

Share All sharing options for: Badgers to face Arizona in first round of Maui Invitational 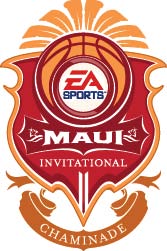 Go ahead and add Arizona to the UW men's basketball team's 2009-10 schedule. The Badgers will face the Wildcats in the first round of the Maui Inviational Nov. 23 at 11 p.m. CT.

The start time is the bad news, but the good news is that all 12 games in Maui will be produced in high definition. Maui always has the best games in November and now fans can actually watch them in HD.

Gonzaga awaits Wisconsin in the second round if the Bulldogs can get past Colorado. Maryland, Chaminade, Cincinnati and Vanderbilt are in the other half of the bracket.

But first, Wisconsin will have to beat an Arizona team that benefitted greatly from Tim Floyd leaving USC and Sean Miller taking over the Wildcat program. Three big time recruits (Derrick Wiliams, Solomon Hill and Lamont Jones) switched their commitments to Arizona and they will join star point guard Nick Wise in Tucson this season. Wise, by the way, tried out for Bo Ryan's World University Games team and failed to make the squad.

The Maui bracket doesn't do the Badgers any favors, but UW has the ability to beat any of the eight teams in the field. Frankly, I would rather see them face Arizona and Gonzaga rather than Vanderbilt, Cincinnati, Maryland or God forbid, Chaminade.

This tournament is truely up for grabs. It should be fun.

Here is the 2009 Maui Invitational Bracket.