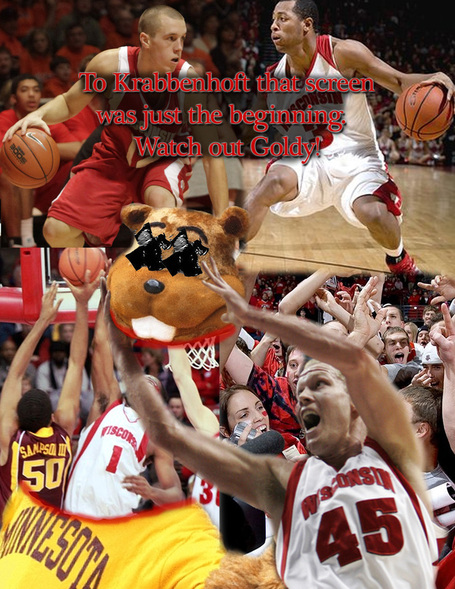 More Coverage: Catching up with The Daily Gopher

In the last few weeks I have grown more and more confident with Wisconsin's chances of winning this game. It actually started Jan. 15 when the Badgers blew a 14-point lead to the Gophers and lost at the Kohl Center. Despite the loss, I thought it was clear that Wisconsin was the better team. They just folded in a way that I haven't seen since 2006 when Wisconsin lost at home to North Dakota State. And that game was played when Minnesota was on a roll and the Badgers were struggling. Now it's the opposite. But we can't forget that this game is being played at The Barn. Still, I'm going with Wisconsin in a close one.

Who wins tonight at The Barn?

This poll is closed