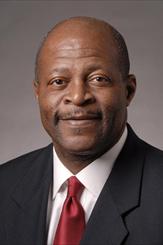 Mason, one of the program's best recruiters, sustained a back injury in 2007 and missed the last two seasons. This position allows Mason to stay involved in recruiting, as he will serve as a liaison between the program and high school coaches, as well as the NFL.

All three were reserve players, but Hodge was the starting linebacker as a sophomore, recording 67 tackles. Last season he was slowed by injuries and only appeared in 10 games, finishing with nine tackles. Hodge has one year of eligibility remaining, but Bielema said Hodge expects to graduate in May.

Harris redshirted last season after back surgery and Bielema said "he tried to battle back but will not be able to return to the field." Harris remains on scholarship.

Stallons will seek transfer. Clearly not in the mix for playing time, Stallons was forced to miss the Champs Sports Bowl in December because of academic issues.