MANKATO, Minn.-- Only one phrase came to mind when I stepped foot in the Alltel Center a little while ago for the first time: 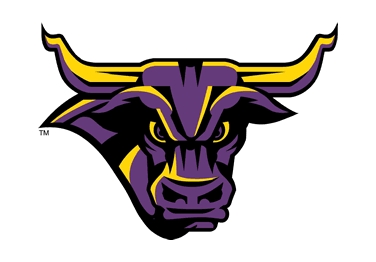 My colleague Tyler Mason of the Badger Herald had informed me that the lighting was rather poor, but it seems sufficient, and that the press rows were just makeshift tables. As he will find out when he strolls in shortly, those have been replaced by nice marble rows and comfortable office chairs.

In all fairness to him, Tyler did give us a good line earlier today at a Burger King in western Wisconsin. Needless to say, dressed in shirts and ties, we did not blend in with the clientele at Club BK, which caused Tyler to ask "Would we fit in more if we were wearing camouflage ties?" You get the idea.

Back to the 'tel, you could not have a better seat to announce a WCHA hockey game. Right at center ice. 20 rows from the glass.

Now that the folks at the Alltel Center have done their part, it's time for the Wisconsin Badgers to do theirs.

After last week's happenings in Madison, it seemed that the last thing the Badgers would want to do would be to take a trip to Mankato. Mike Eaves' teams at Mankato are 2-6-2 all time. However, maybe the challenge of having to overcome its struggles in southern Minnesota will help them forget about what happened last weekend, block out the current WCHA picture, and just play hockey.

The Badgers sit tied for 17th in the PairWise heading into the weekend. It seems now more than ever that the Northern Michigan third period collapse in early January is really haunting Wisconsin. If the Badgers had held on to a 5-2 third period lead and not fallen 6-5 in OT, they'd be 14th in the PairWise and looking out, instead of searching for a way in.

I've figured out three ways, and there are probably more, in which Wisconsin can clinch home ice for the first round of the WCHA playoffs this weekend. A Wisconsin sweep and a St. Cloud loss gives them home ice. The Badgers can clinch fourth place with a sweep, a St. Cloud loss, and a Duluth split with Minnesota. If Wisconsin splits, it would need a Minnnesota sweep and a Denver sweep to guarantee home ice. Check me on this, but I think this is correct.

Mike Eaves did not hold practice Wednesday, presumably to allow his team to come out flying tonight, like it did against Denver on Friday, but to allow for some of that energy to actually translate over to the second and third periods, unlike last week's Denver game.

And that's what this series will be about for Wisconsin, how it comes out of the gate. Mankato, unlike Denver, hasn't played well from behind this season, as the Mavericks are just 5-8-2 when giving up the first goal. However, if the Badgers get down early, word is the soccer-like atmosphere at the Alltel Center can just sink a team.

Not too much at stake for Wisconsin this weekend besides its realistic NCAA Tournament hopes.