Welcome to our first Open Thread! Feel free to comment as the Badgers go for their biggest win of the season. 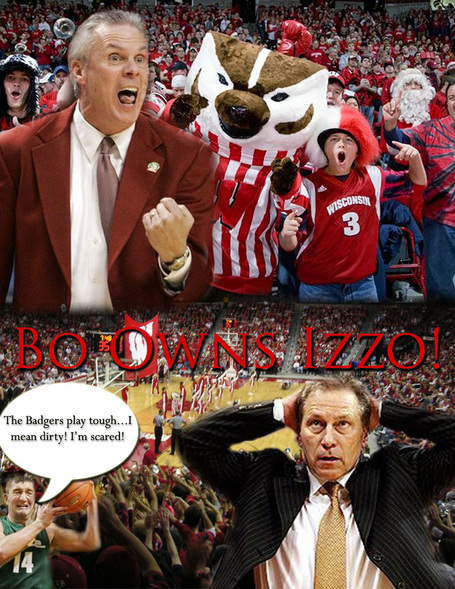 The way the Badgers' defense has been playing lately, they have a chance in any game. But you also have to score points to win games and while Wisconsin will play well, a few inevitable scoring droughts will give the Spartans a close win.

The Badgers have really stepped up on the defensive end during their five-game winning streak, but the Spartans have too many offensive weapons. If Wisconsin wants to have a chance, they have to dictate the tempo. Northwestern shocked the Spartans earlier in the season by slowing the game down and playing tough on D. UW should try to replicate that formula. In Madison, I'd like the Badgers' chances. In the Izzone, not so much.

Who you got Sunday?

This poll is closed